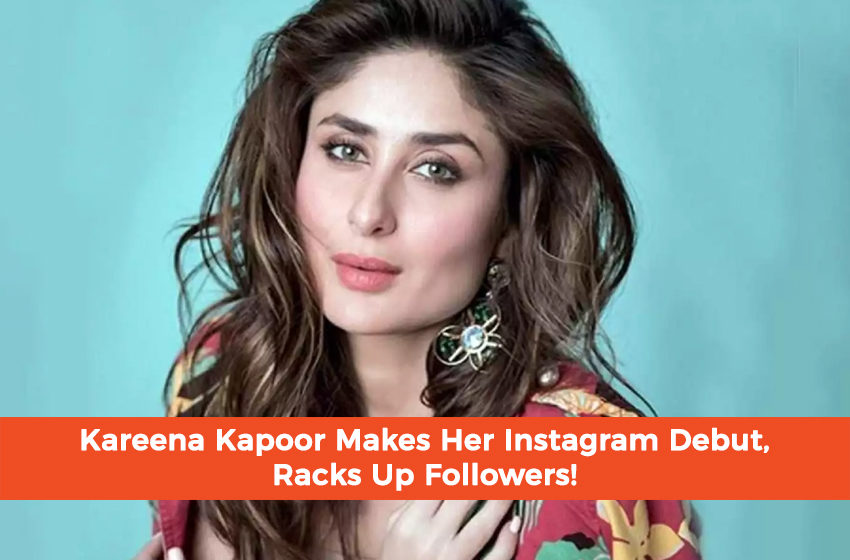 Actress Kareena Kapoor Khan recently made her Instagram debut by her full name ‘KareenaKapoorKhan’. Initially, Bebo posted a stunning photo of herself in a casual black outfit.

Announcing in style, Kareena posted a picture wearing a black-colored tracksuit with matching sports shoes. The picture seemed to be a promotional campaign for Puma athleisure. Kareena captioned it as “The cat’s out of the bag. #HelloInstagram”.

The cat's out of the bag. #HelloInstagram

Within minutes of her Instagram debut, the list of followers on the platform drastically shot up to nearly 0.5 million.

It was on Thursday that Kareena had shared a short video announcing that she would be making her debut on Instagram. The account earlier had a video of a black cat passing by. The video read, ‘Play, Pause and Loading’. This was a big hint in Kareena becoming active on Instagram soon.

After Jennifer Aniston, its Kareena Kapoor!

Moreover, Bebo has set a beautiful childhood photograph as her display picture.

The account @kareenakapoorkhan has already racked up 737,000 followers as of now with more fans joining her Instagram clan.

Bebo has always stated that she will not be joining any platform of social media. However, she also stated on a few talk shows that she does have a ‘fake’ account. She secretly uses this fake account for keeping herself updated for gossip and celebrity pictures.

Kareena made her Instagram debut just ahead of Women’s Day. Bebo recently opened up saying that she will be making her debut on social media mainly for her fans as they have been requesting her now for so many years.