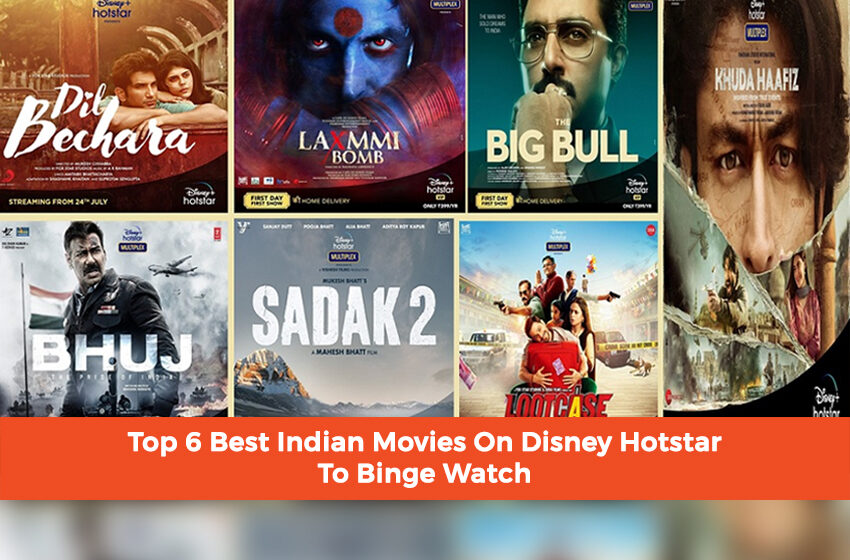 The fact can’t be denied that Disney+ Hotstar is now home to some of the best Indian and international movies content. This includes a never-ending dearth of nostalgic Disney shows and some other quality content.

In this list, we will provide the top 7 best Indian movies on Disney+ Hotstar you can binge watch.

Angrezi Medium is directed by Homi Adajania. The  film highlights the endearing relationship between a father (played by late Irrfan Khan) and his daughter (played by Radhika Madan). She wants to leave her hometown in Rajasthan to pursue a higher education from London’s Truford University. Despite their financial struggles, he’s not only able to send her to London, but also accompanies her!

The Neeraj Ghaywan directorial film ventures into India for exploring the life of four people. All of these people have to battle issues of caste, culture and norms. The film is a winner of a National Award and the FIPRESCI Prize at Cannes. It stars Richha Chaddha and Pankaj Tripathi in lead roles.

The Amar Kaushik directorial film is based on a Karnataka urban legend. The characters in this film are transported to small-town Madhya Pradesh in the film. This comedy horror follows a women’s clothing tailor (Rajkummar Rao) who falls for a mysterious woman (Shraddha Kapoor), who frequently disappears.

In just his second film, writer-director Sriram Raghavan gave the audience this neo-noir thriller. The film is an adaptation of the 1963 French film Symphony pour un Massacre. Neil Nitin Mukesh made his acting debut alongside Dharmendra, Rimi Sen, Vinay Pathak, and Zakir Hussain. It is among the best crime thrillers ever to come out of India.

This thriller from writer-director Anurag Kashyap tells the story of a struggling actor (Rahul Bhat) and a policeman (Ronit Roy). They are on the look out for a missing 10-year-old girl: their daughter and step-daughter, respectively. The film is now considered by many as Anurag Kashyap’s best. However, this film took issue with its routineness, flabbiness, and unearned insights. It is one of the best Anurag Kashyap movies to watch.

Another Anurag Kashyap directorial that makes it to the list, Black Friday initially did not get a release for nearly two years. This was mainly due to an ongoing court case. This was also Anurag Kashyap’s second directorial venture after Paanch (2003) which never got a theatrical release.

The film is based on S. Hussain Zaidi’s 2002 book of the same name and charts the events of the 1993 Bombay bombings. It get a narration from different perspectives: police, criminals, and victims.