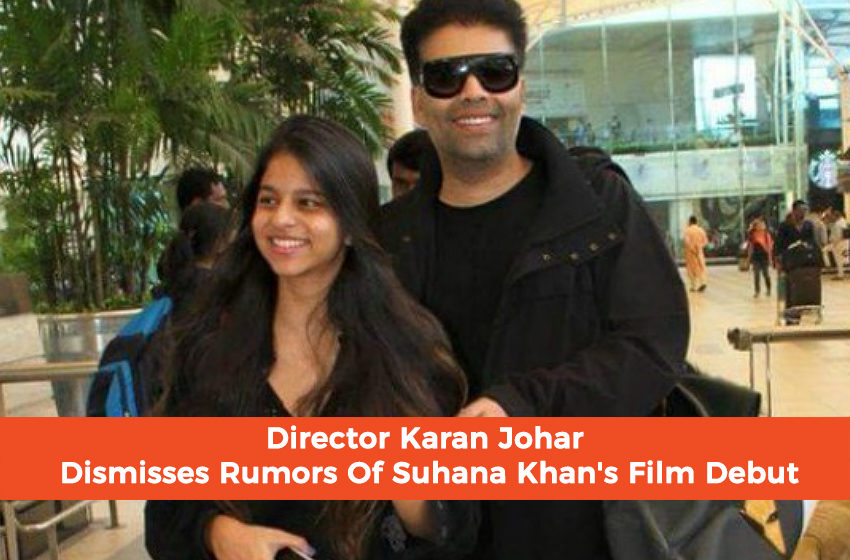 It’s a universal fact that every entertainment industry, at some point, requires fresh faces to be introduced and it is necessary too. Among other new launches, recently, Bollywood’s Badshah Shah Rukh Khan’s elder daughter was caught in the spotlight. Particularly, there were rumours of Bollywood director Karan Johar all set to launch Suhana Khan in one of his movie franchises.

Apart from the launch rumours, earlier, Shah Rukh Khan’s long absence from cinema screens was felt by millions of fans worldwide. Later, the furious admirers started appealing Shah Rukh Kahn to announce his next film as soon as possible. Well, this week, on Tuesday, Karan Johar finally dismissed all rumours regarding Suhana Khan’s launch in the Bollywood industry.

Here’s what the director has to say!

Absolutely baseless stories making the rounds of SOTY3 !!!! My request to everyone publishing this fabrication is to kindly Stop! Please!🙏

Particularly, the rumours suggested that Karan Johar might introduce Suhana Khan in part 3 of Student Of The Year.  According to official media reports, rumours regarding Suhana Khan and Big Boss 13 contestant Asim Riaz started circulating this week. Several media outlets and social groups also suggested that both the youngsters will be starring together in Student Of The Year 3.

Well, soon after the rumours picked heat, Karan Johar took to Twitter to clear the air off Suhana Khan’s launch. Calling the spreading rumours baseless, he wrote, ”Absolutely baseless stories making the rounds of Student Of The Year (SOTY) 3!!!! My request to everyone publishing this fabrication is to kindly Stop! Please!”.

However, Karan Johar is famous for bringing in new talent as he has previously launched other celebrity kids as well. Only with the Student Of The Year franchise, the director has given the world Alia Bhatt, Varun Dhawan and Sidharth Malhotra in part 1. Whereas, Ananya Pandey and Tara Sutaria got their breakthrough in the second part.

Certainly, the strong and close relationship Shah Rukh Khan and Karan Johar hold in between isn’t hidden from anyone. So, in the near future, if Suhana Khan actually comes into the industry, there are high chances that Karan Johar will launch her. Till now, Shah Rukh Khan’s daughter hasn’t appeared in any feature film but her photoshoot for Vogue India in 2018 garnered praises.

As of now, Karan Johar is eagerly waiting for his upcoming movie ”Bhoot Part 1: The Haunted Ship” to be released. With leading actors Vicky Kaushal and Bhumi Padnekar, the horror production is coming to cinema screens on Friday, 21st February.

What do you think of the Karan Johar’s statements? Tell us in the comments section below!