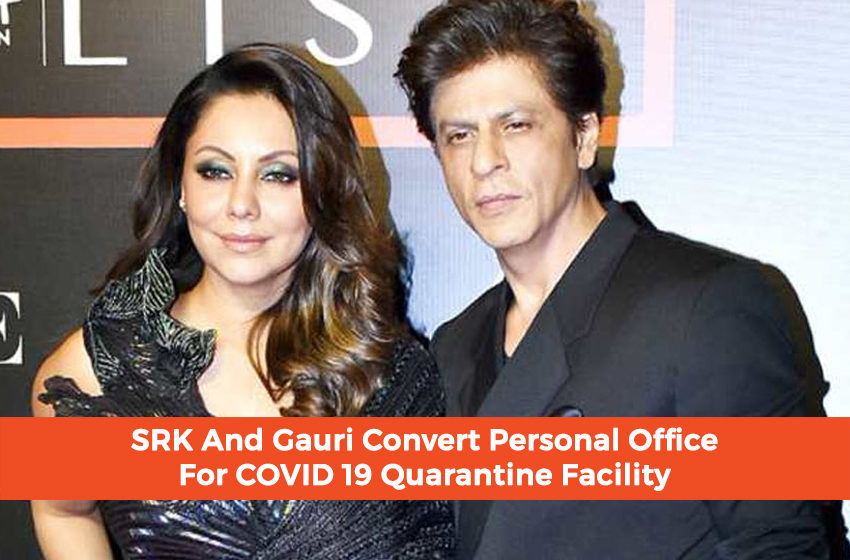 After making donation to several organizations across India, including the Prime Minister’s Citizen Assistance and Relief in Emergency Situations (PM-CARES fund), SRK has now come out and offered his personal office for quarantine facility.

Shah Rukh and Gauri’s Khan’s 4-storey personal office will be used as a quarantine facility amid COVID-19 outbreak.

This news was confirmed by Brihanmumbai Municipal Corporation (BMC) on Twitter. The BMC thanked SRK and Gauri for their help in expansion of the quarantine facility for women, elderly and children.

Earlier this week on Thursday, SRK communicated with his fans on Twitter. On his official Twitter account @iamsrk, the actor wrote: “In these times it’s imp to make everyone around you working tirelessly for you.. not related to u.. to feel they are not alone and by themselves. Let’s just make sure we will do our little bit to look after each other. India and all Indians are One Family.”

In these times it’s imp to make everyone around u working tirelessly for u.. not related to u.. perhaps even unknown to u… to feel they are not alone and by themselves. Let’s just make sure we all do our little bit to look after each other. India and all Indians are One Family. https://t.co/LWz4wQGaPe

SRK also praised PM Narendra Modi and the efforts made by the government of India to combat the havoc created by COVID-19. Shah Rukh, however, has not specified the monetary amount that he will be donating.

Apart from contributing to the PM Cares Fund, SRK had also donated to other NGO’s such as The Roti Foundation, Ek Saath – The Earth foundation, Personal Protective Equipment (PPE) for Healthcare Providers and Working People’s Charter. Through his company Red Chillies Entertainment, SRK and Gauri have committed to contributing to the Maharashtra CM’s Relief Fund.

Along with Ek Saath – The Earth foundation, SRK’s “Meer Foundation” would fulfill daily food requirements of more than 5500 families for nearly 30 days in Mumbai. Meer Foundation has also made a collaboration with Roti Foundation (founded by former Director General of Police, Maharashtra, Mr D. Sivanandhan). The organisation will provide food to daily wage laborers and underprivileged individuals. It will provide grocery and various other essential support for daily wage earners in relationship with Working People’s Charter.