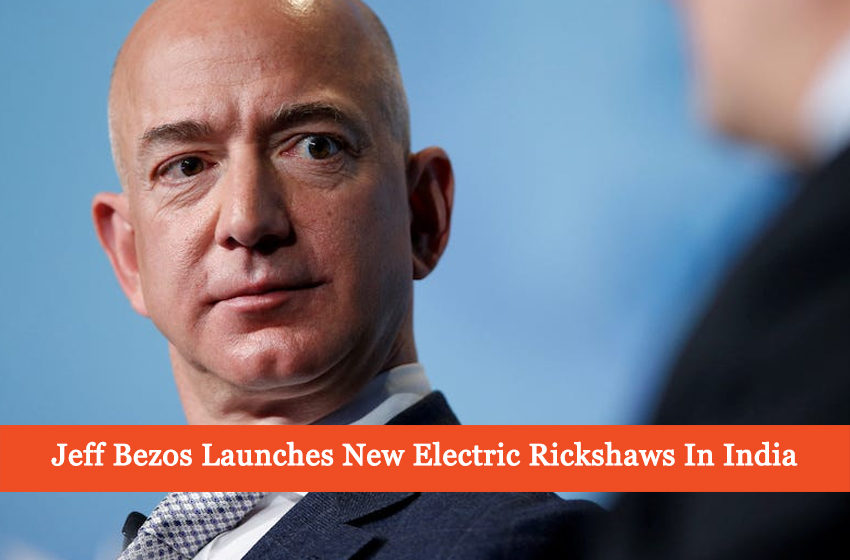 The richest man in the world, the owner of Amazon, Jeff Bezos doesn’t shy away from promoting his brand. Even though Bezos lost a huge chunk of his fortune to ex-wife MacKenzie Bezos – he’s still rich enough to run a couple of countries.

With Amazon planning on expanding its market to South Asia, India obviously is the hottest spot in the region. One of the trade giants of the world, India, and Amazon will go a long way together.

Jeff Bezos is on a high-profile tour of India, and he upped the game when he rode one of his own ‘Amazon Electric Rickshaw’ on the streets of India. Previously, the Amazon boss made it public that the company was doing great in India.

Jeff Bezos took to Instagram himself to showcase his ‘riding’ skills while sat comfortably in his Amazon Electric Rickshaw. This was also the official announcement for the rickshaw fleet, which is an eco-friendly alternative to fuel-powered rickshaws.

Rickshaws are very famous in the region, especially in the sub-continent. A three-wheel public passenger carrier that might be cheap, but produces a lot of toxic substances causing mass pollution. The rickshaws were revealed under the hashtag #ClimatePledge. Through these eco-friendly rickshaws, climate control will become a definite possibility in India.

It is being believed that by 2025, India will have 10,000 Amazon electric rickshaws on the streets. However, it could not be found how many would be in service this year.

“We piloted these EVs in 2019 and are now scaling up rapidly,” the Amazon representative said. “This number is dynamic and fast-changing because of scale-up.”

The rickshaw fleet comes as a result of Amazon and Jeff Bezos’s pledge of investing $1 billion into medium and small businesses in India. The alliance has been labeled as the ‘most important alliance’ of this century between India and the USA. Amazon faces stiff competition against Flipkart, a local but Walmart powered e-commerce space.

On the other hand, small business owners have been protesting on the streets of India, calling for Bezos ‘to go back’. The trade union has been very vocal on its stance that this would disrupt the way small businesses operate in India. The claim? Undercutting price on items that small businesses thrived on.

The call of the protestors has been heard by the Indian government, but for now, Bezos’ stars are shining via his fleet of Amazon electric rickshaws.

Jeff Bezos has been posting many videos on Instagram from his trip to India. People have been calling it a remedial journey for Bezos, who is the world’s richest man after all.