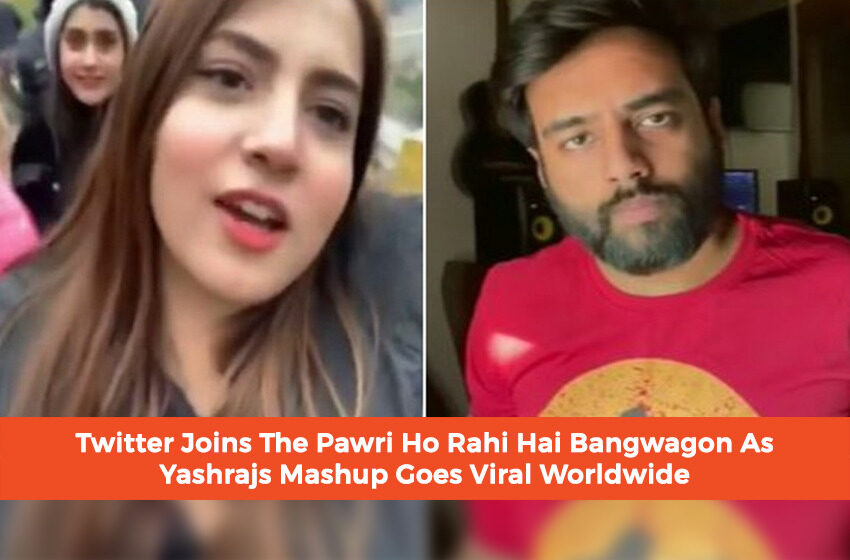 Over the last few days, there has been video of a girl making rounds on social media in which she can be seen vacationing in the northern area of Pakistan while saying “Yeh hamari pawri ho rahi hai.” The name of the girl is Daneer  Mobeen.

Not only has the video gone viral but Internet has been flooding with various memes, with a few recreations of the video made by celebs and users.

Social media users around the world are going crazy over the girl’s video since it vividly depicts the ‘elite’ people of our society. This viral girl is certainly like no other. One of the happiest, full of energy, delightful, energetic, and hilarious girls we have come across recently!

“Ye humari car hai. Aur ye hum hai. Aur ye humari pawri hori hai.” By now, you must have definitely seen this viral video. Not only has the video gone viral but Internet has been flooding with various memes, with a few recreations of the video made by celebs and users.

Check out this original “Pawri ho rahi hai” video if you have not.

Celebrities are also having a “Pawri”

A number of people have recreated and the girl is loving the new trend she has set! From celebs to hundreds of social media users, everybody is enjoying pawri.

The ‘pawri’ meme became such a hit that it has now crossed the border and fans are loving it. The famous Indian music producer Yashraj Mukhate made a remix of it, and we are not going to lie, it is jam worthy! We are not the only ones enjoying it, looks like the girl behind the viral meme is also loving it.

It wasn’t just Pakistanis who started creating Pawri videos and memes. Indians too have joined the bandwagon and gave a quirky twist to her lines, using three images to show people’s car and their pawri!

Check out some of the hilarious rendition of Pawri horahi hai memes here:

So, this crossed over india.
It should be ye Par-TEA ho rhi hay. #pawrihoraihai pic.twitter.com/VZZ0lLfhzY

Even Netflix India shared a meme on this hilarious trend.

Who is the girl behind the viral “Pawri ho rahi hai” song?

The lady behind the viral video is Dananeer Mobeen. She is an influencer on Instagram, as well as a content creator. Dananeer hails from Peshawar and resides in Islamabad. She often creates video mimicking the ‘burgers’.

So, in the video, she can be seen vacationing in the northern area of Pakistan while saying her famous phrase, “hamari pawri horahi hai“.