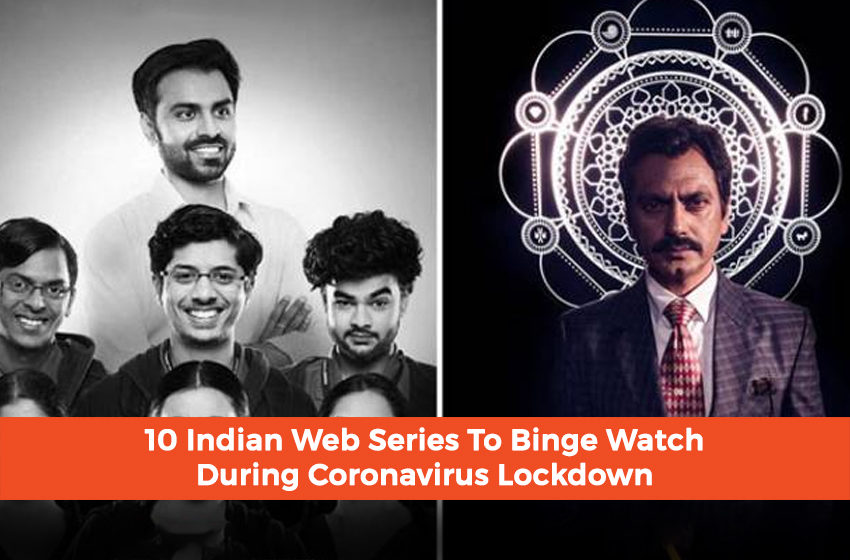 The COVID-19 pandemic has forced us to self-isolate and remain in our homes for weeks. This can make life monotonous and can create boredom during the Coronavirus lockdown and to balance that watching web series on the internet can be a fun thing to do indoors.

To effectively utilize your time and keep yourself entertained, you can stream these 10 Indian web series on different streaming platforms:

Special Ops stars Kay Kay Menon in the lead role. The show has been created by Neeraj Pandey and is streaming on Hotstar. The series follows Himmat Singh (by Kay Kay Menon) of RAW trying to draw similar patterns in terrorist attacks. He is is convinced that a single person is behind all the attacks.

2. Made in Heaven (Amazon Prime)

Made in Heaven is created by Zoya Akhtar and Reema Kagti. Streaming on Amazon Prime, it revolves around lives of wedding planners Tara (Sobhita Dhulipala) and Karan (Arjun Mathur) running a wedding-planning business.

The show takes on a wide array of issues faced by South Asians such as homophobia, class and sexual harassment.

Created by Gaurav Shukla, Asur is a unique crime thriller that pits two opposing worlds against each other. It explores forensic science as well as the mysticism of ancient Indian Mythology.

The show stars Arshad Warsi and Barun Sopti and is now streaming on Voot.

The Family Man stars Manoj Bajpayee in the lead role. This Amazon Prime show follows the story of an intelligence officer Srikant Tiwari, struggling hard to maintain a balance between his duty and family.

Kota Factory follows the life of 16-year-old Vaibhav who moves to Kota from Itarsi to prepare for his IIT exams. The show has been written by Saurabh Khanna, Abhishek Yadav, Sandeep Jain, Himanshu Chouhan and Tamojit Das.

The show can be watched on TVF play and YouTube.

Delhi Crime is based on the Nirbhaya rape case. The show follows the investigation of Delhi Police into finding the men who perpetrated this crime.

Mentalhood is a Hindi drama web series best to watch during Coronavirus lockdown for the online streaming platform ZEE5 & ALT Balaji. Karishma Kapoor makes her digital debut with this series. about five SoBo (South Mumbai) moms whose kids go to the same posh school. Ritu Bhatia is the writer of this web series.

Being the first original Netflix series in India, Sacred Games has certainly been popular among global viewers. VikramAditya  Motwane and Anurag Kashyap are the directors of this show. Season 1 of this show was popular among viewers. However, the second season attracted some criticism. The show stars Saif Ali Khan, Nawazuddin Siddiqui and Pankaj Tripathi in lead roles.

Did you find this information useful? Let us know in the comments section below!