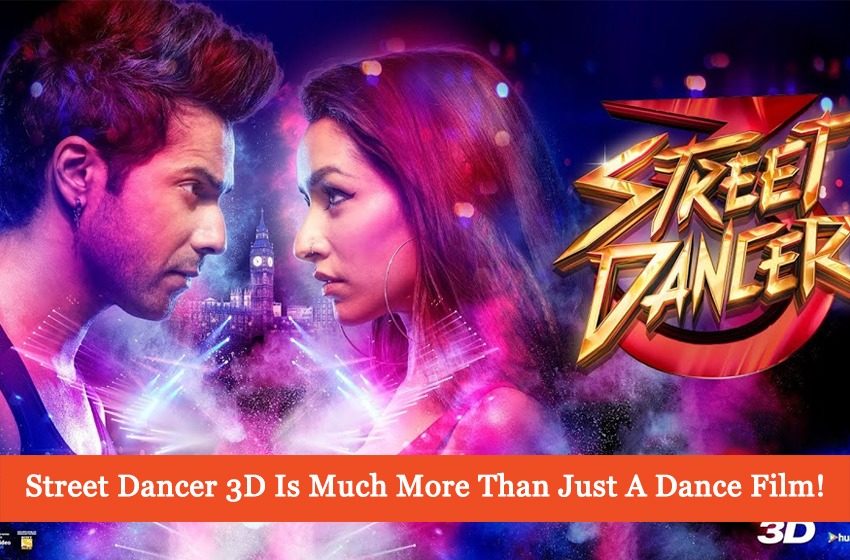 Dance lovers in specific anxiously waited for Street Dancer 3D’s trailer to be released and it didn’t disappoint. The movie that was said to be the biggest dance movie of Indian cinema, lived up to its expectations. However, the storyline was not just limited to the movie being about a dance competition; in fact, it depicted a rivalry between India and Pakistan. Further, the trailer shows how both come together in peace (and love) to win the battle.

Varun Dhawan plays the loving yet haughty Indian boy, while Shraddha Kapoor plays the Pakistani girl that is strong-headed. Moreover, the trailer revolves around a beautiful plot of both Varun and Shraddha’s team in conflict with each other, until they come together to battle for a greater cause.

This dance marathon in 3D is directed by Remo D’Souza and produced by Bhushan Kumar. This movie is already scheduled for a chart-topping hit, much like Pati Patni Aur Woh that made 9.10 crores on its first day alone. In addition, Street Dancer 3D is set to release on 24 January 2020.

Both Varun and Shraddha have displayed their impeccable dancing skills in ABCD 2. So it is a given that their performances will be amazing and dance, on point. As for their chemistry, it was off-the-roof in ABCD is the audience is even more excited to see them as a lead in this mega-project.

In addition to these leads, the movie also stars Prabhu Deva, Nora Fatehi and Aparshakti Khurrana in pivotal roles.

India excited about the movie.

Fans await the movie on the big screens.

I just watched the trailer of street dancer 3D and it was awesome i am now eagerly waiting to see my fav Hero @Varun_dvn in 3D ON 24TH jan #StreetDancer3DTrailer @TSeries pic.twitter.com/fYR7nY2Yib

Unexpectedly good; this is the usual sentiment of most of India.

Shraddha promoting her movie. “They have got the moves and a story to say”

The cast of ‘Street Dancer 3D’ arrives in style at the trailer launch.

Video: Get ready for the Battle of Dance! Star cast of #StreetDancer3D has arrived at the trailer launch@Varun_dvn pic.twitter.com/ZzrffnxN8i

Considering they depicted the conflict with the rival nation Pakistan in a friendly manner, leading to a good bond is a great way to start 2020. Moreover, 2019 alone was a great year for Indian cinema in terms of movie production; Panipat, Pati Patni Aur Woh and so many more have been the highlight of the year that is just a few weeks away to say its goodbyes.

With the escalating situation with Pakistan, this movie comes as a breather. However, not the best strategy but considering the large chunk of Pakistani audience, it does hold some weight. Moreover, spreading goodness always has positive effects. So, wishing Street Dancer 3D all the best on the first day of its release.