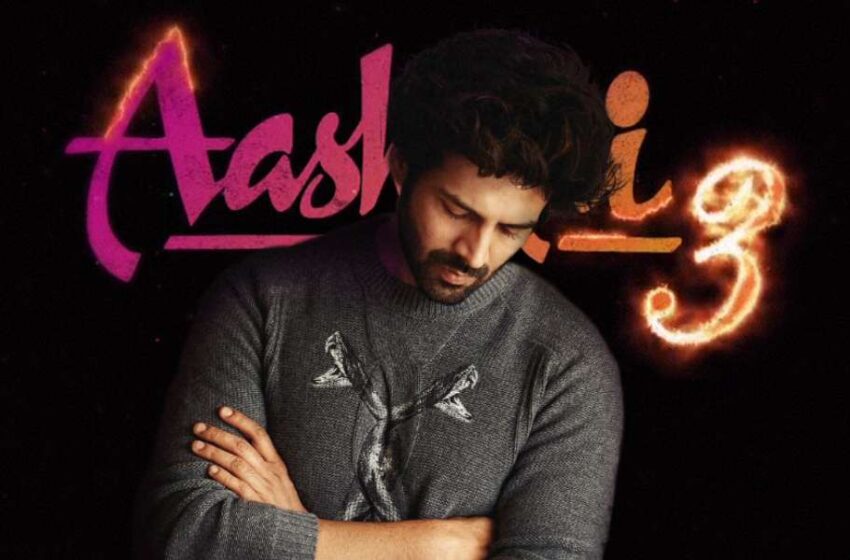 Kartik Aryan is one of the most promising rising stars in the Bollywood industry. In the past decade, he has given some of remarkable performances and made his own space in the industry.

After gaining prominence through his role in the 2018 comedy Sonu Ke Titu Ki Sweety, the actor today made a big announcement on his Instagram story that made everyone go crazy.

The popular romance franchise, Aashiqui is returning with the third installment and this time Kartik Aryan will be leading the film.

Directed by Anurag Basu and with music composed by Pritam, Aashiqui 3 will see Aaryan in the starring role with the female lead not yet confirmed.

Sharing a motion poster with the film’s title going up in flames, Aaryan wrote, “This one is going to be heart-wrenching! My First with Basu Da.” Messages of congratulations quickly poured in from his followers and fellow actors.

Having a conversation with Variety, the actor spoke about his starring role, “The timeless classic Aashiqui is something I grew up watching and so working on Aashiqui 3 is like a dream come true. I feel privileged yet grateful for collaborating with Bhushan Kumar and Mukesh Bhatt for this opportunity. I’ve been a big fan of Anurag Basu’s work and collaborating with him on this one will definitely shape me in many ways.”

The first two installments were exceptional and big box office hits. The makers have full faith and confidence in Kartik Aryan that he will live up to the expectation.

Producer Mukesh Bhatt of Vishesh Films said,  “On the evening of August 16, 1990, a day before the Aashiqui release, Gulshanji [late producer and music mogul Gulshan Kumar] and I were very nervous, the next day records were broken and history was created.

Today with Bhushan, Pritam, Anurag, and the heartthrob of the nation Kartik, I assure everyone that Aashiqui 3 will celebrate love like never before.”

Even the director Basu said, “Aashiqui and Aashiqui 2 were emotions for the fans that have remained in hearts till date, the aim is to carry the legacy ahead in the best possible way.

It’d be my first venture with Kartik Aaryan, who is known for his hard work, dedication, grit, and determination towards his work and I’m truly looking forward to this one.”