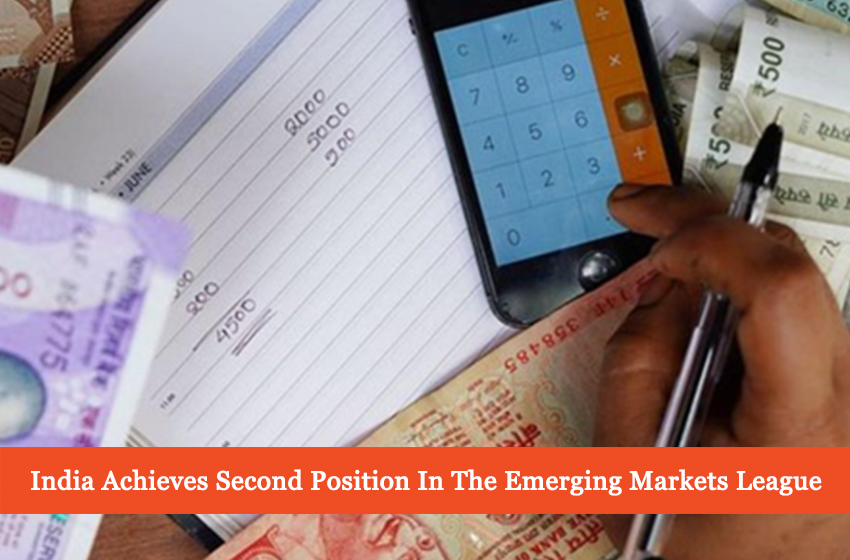 Moreover, the data revealed, only the Philippines placed ahead of India last month.

Besides, these positions are based on Mint’s Emerging Markets Tracker, started two months ago to trace seven high-frequency pointers across 10 big developing markets. Plus, it helps us create a sense of India’s relative place in the emerging markets.

However, it is debatable whether the relative increase will last, as internal demand situations in India continue to be vulnerable.

The seven indicators examined in Mint’s Emerging Markets Tracker include real activity indicators and financial metrics. The ultimate rankings are based on a combined score, which provides equal importance to each of the seven pointers.

Besides, the slight decline in the export sector also helped India’s relative accomplishment. India’s exports declined smaller than most other markets last month. In comparison, various goods exporters, such as Brazil and Russia observed clear declines in shipping growth.

The scope of the emerging markets in Mint’s Emerging Markets Tracker is based on the International Monetary Fund (IMF) group of emerging and developing economies. Moreover, the 10 developing markets chosen were the biggest economies in this group.

In both shipping and fiscal sector performance, India was among the stragglers in the past two months. However, October produced good news for India. The sustenance of this rank is yet not confirmed.

Furthermore, a low base outcome in upcoming months may support India’s performance but developing opportunities for the international economies may benefit other markets more than India.

The real sector indicators of India yet look nice. India is one of the few countries that point increase in the manufacturing sector as per the Purchasing Managers’ Index (PMI) data. Most markets witnessed a reduction in production last month.

Plus, Gross domestic product (GDP) of India in June quarter saw 5% growth, higher than many markets. However, the growth rate is lower than India’s own figures observed in past.

Numerous economists assume the September quarter growth figures for India to be lower than the prior quarter. September figures would show complete rankings.

What occurs to growth in the quarters preceding; remains the biggest question. That will eventually cast India’s score and its value among developing markets.