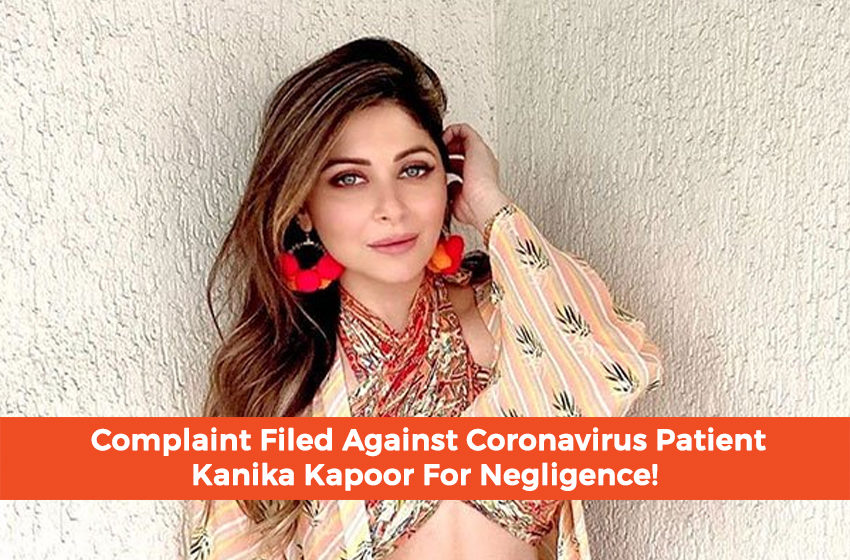 Bollywood singer Kanika Kapoor announced on Friday that she had tested positive for Coronavirus. A police complaint has been filed against the ‘Baby Doll’ singer for her negligence and disobeying government orders.

She recently arrived in India from London, was tested positive with the Coronavirus. Reports also suggested that the singer did not reveal her travel history to the airport authorities. Also, instead of going into self-quarantine, she attended a party in the city of Lucknow putting several more at risk.

Moreover, a new video surfaced online today which shows that she also attended a Holi party after her arrival.

The complaint was lodged by advocate Sudhir Kumar Ojha before the Bihar court. It alleged that Kanika Kapoor hid the fact that she was infected with the Coronavirus. The matter will come up for hearing on March 31.

The complaint also accused Kapoor of spreading the disease among people by performing at three parties in Uttar Pradesh’s Lucknow.

It triggered a scare among top Indian politicians

It has triggered a scare among several top Indian politicians who had attended a series of events with her in Lucknow. Many have since announced that they are going into quarantine.

Former Rajasthan chief minister Vasundhara Raje and her MP son Dushyant Singh and parliamentarians Derek O’Brien and Anupriya Patel were among those who went into self-quarantine.

Singer Sona Mohapatra also lashes out her saying that the Coronavirus situation in India will ‘explode because of irresponsible idiots’ who flout rules.

The singer made the announcement on Friday

She further added, “I was scanned at the airport as per normal procedure 10days ago when I came back home. The symptoms have developed only 4 days ago. At this stage I would like to urge you all to practice self-isolation and get tested if you have the signs. I am feeling ok, like normal flu and a mild fever. However, we need to be sensible citizens at this time and think of all around us”.

Hours before the FIR was filed, Uttar Pradesh Health Minister Jai Pratap Singh said, “There seems to be a lapse on our part. I am going to ask my officers about how Kanika [Kapoor] went out of the airport undetected”. However, he was also one of the guests at the party attended by Kanika.

India witnessed a record a jump in the total number of COVID-19 cases as 63 new Coronavirus cases were confirmed on Friday. At present, there are 258 COVID-19 patients in India. Of these, 219 are Indians and 39 are foreign nationals.

What are your comments about this topic? Be sure to share your insight in the comments section below!