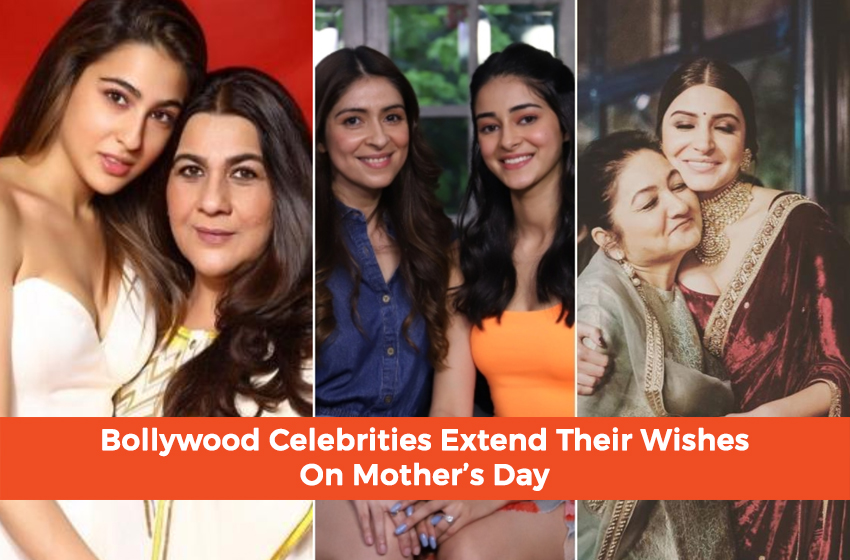 As the whole India celebrated its spirit of motherhood this week, Bollywood stars also extended their heart-warming messages to their mothers on the occasion of Mother’s Day.

In India, Mother’s Day is usually observed on the second Sunday of May. This auspicious occasion serves as an opportunity to express gratitude and love towards mothers for the different things they do for their families and children. This day is also a chance to tell our mothers that their significance in our lives cannot be overlooked.

Various Bollywood celebrities including Amitabh Bachchan, Sara Ali Khan and Anushka Sharma shared their love and extended their warm greetings on social media to their mothers on this special day.

Legendary Bollywood actor Amitabh Bachchan shared a picture of himself and his mother on Twitter.  He wrote: “Every day is Mother’s Day..to the most beautiful Mother in the World .. my Amma ji.”

T 3527 – Every day is Mother’s Day..to the most beautiful Mother in the World .. my Amma ji pic.twitter.com/zAV3RE6SX6

Bollywood icon Anushka Sharma shared a picture on Instagram with her mother. The picture featured the mother-daughter duo sharing a hug. Keeping the caption short and sweet, Anushka wrote, “Love you maa” along with a red heart emoticon.

Bollywood diva Sonam Kapoor put out an adorable picture of her mother Sunita Kapoor and mother-in-law Priya Ahuja on Instagram, wishing them both a happy Mother’s Day.

Love you both.. happy mamas day!

One of Bollywood promising newcomers, Ananya Pandey, also shared an adorable video on mother’s day on Twitter from her childhood days where she is seen sporting a white kurta-churidar with a red dotted dupatta. The video initiates with a question by a person behind the camera who asks, “Whom do you love the most in the world?”
To which baby Ananya innocently replies, “Mama.”
And he asks, “And the second?”
She smilingly replies, “Nobody.”
Along with the caption she wrote, “The answer is still the same. love u @bhavanapandey.”

The answer is still the same 😜 love u @BhavanaPandey ❤️ #HappyMothersDay pic.twitter.com/tzxmcNbTDO