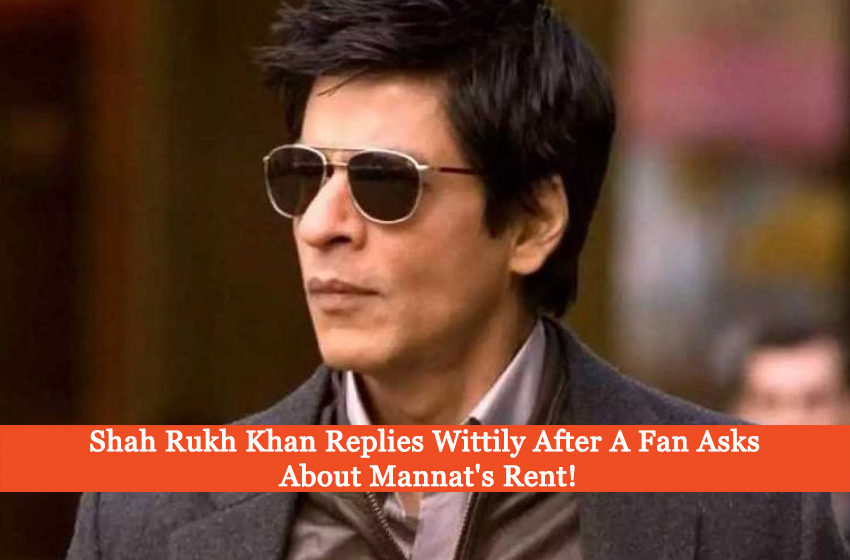 The ‘Badshah’ of Bollywood, Shah Rukh Khan is among those actors who are massively followed and admired worldwide. Apparently, the humorous nature of the globally acclaimed artist is often appreciated on the internet by his die-hard fans. Recently, amidst the #AskSRK trend on Twitter, Shah Rukh Khan’s epigrammatic response to a fan’s question inquiring about his house has won the internet.

Shah Rukh Khan’s humorous response to a fan regarding ‘Mannat’ has Twitter on fire!

Certainly, King Khan is a self-made man and his humble nature and charming personality attract many around the world. However, earlier, fans were angrily appealing Shah Rukh Khan to announce his next project reflecting upon the star long break. As of now, a recent reply by Shah Rukh Khan to a fan wishing to rent a room in his personal house, Mannat, has everyone go crazy.

Well, celebrities and their expensive belongings have always fascinated the world and the same seems to be the case with SRK’s fans. This week, a new trend emerged on Twitter with the hashtag #AskSRK pouring in a lot of questions regarding the superstar’s life. While many inquired about the two years long break Shah Rukh Khan had recently, an Indian fan put forward a never-asked-question before.

Since everyone knows that the actor has struggled extremely hard in his life, the answer says it all. Reportedly, sea-facing house of Shah Rukh Khan, ‘Mannat’ in Bandra, India is worth a whopping 200 crore Indian rupees. Eventually, the reply started gathering appreciation and netizens couldn’t stop drooling over Shah Rukh Khan’s charismatic personality.

Ask at your own risk!

Hahahaha! Troll King Khan at your own risk! 🤣

Salute to this mega star's humor! 😂🥳

Too good..what an apt answer Srk 😊👌

Apart from his witty humor, Khan is an amazing human being and has always been down to earth no matter his mega status. Previously, Shah Rukh Khan had posted a congratulatory post for an acid attack victim on her marriage. Appreciating the groom on his decision, the actor wished the couple the very best for their future, together.

Do you like SHah Rukh Khan? Let us know in the comments section below!