Ranveer Singh To Play A Gujrati In His Next Film 'Jayeshbhai Jordaar'! 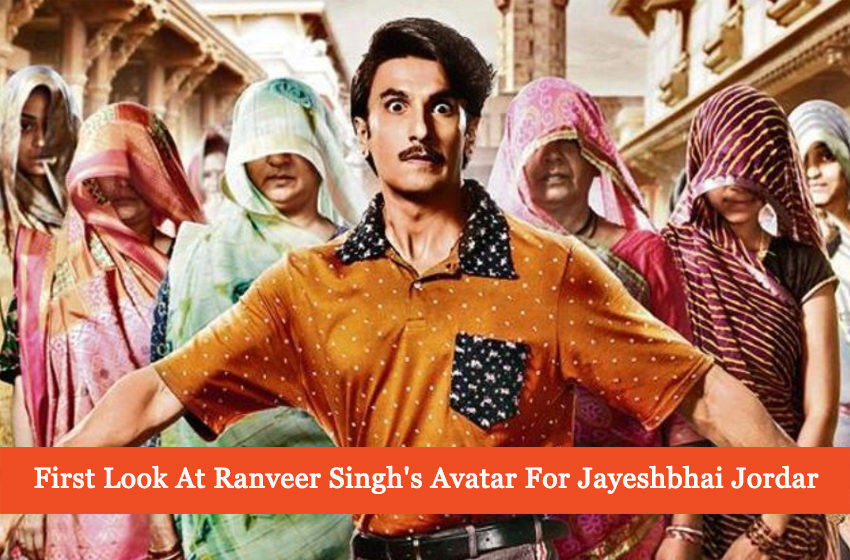 The Indian film industry has gradually created an effective impact on cinema-goers around the world. From creating meaningful content to its perfect execution, Bollywood has found some of the most talented individuals over time. However, everyone’s favorite Ranveer Singh is coming back with his next venture “Jayeshbhai Jordaar” based on the life of an average Gujrati individual.

Since the actor made his debut in “Band Baaja Baarat” opposite Anushka Sharma, the world fell in love with his energy. However, the consistent show of dedication finally paid off in 2017, when a wax statue was placed in a Paris museum on Ranveer Singh’s birthday. Well, recently, Ranveer Singh revealed the Gujrati look for his upcoming film“Jayeshbhai Jordaar” and fans have gone crazy.

Here’s what Ranveer Singh posted about his next film!

Undoubtedly, the world is completely fascinated by Ranveer Singh’s charming personality and humble attitude. Earlier today, the actor took to his official Twitter and surprised his admirers with the new decent avatar. Ranveer Singh, with the caption ‘JAYESHBHAI hain ekdum JORDAAR’ posted the first poster of his next release and Twiteratis can’t get enough of it.

Standing puzzled in front of a group of women with faces under their veils, the poster is attracting the masses. Certainly, the ‘only’ mustache and tucked in half sleeves collared t-shirt with a neat hairstyle is giving away Ranveer Singh’s next character. However, Twitter users were quick to react on the poster and praises are constantly pouring in.

Seriously, this man is out of this world!

Do you realize what you are doing ? 😭
I'm still shooketh by your Kapil dev &
You're raising the bar so high with each film.. soon I'm gonna need a telescope to look up to you 😅🙌 #JayeshBhaiJordaar

This excited fan totally lost it!

OH MY GOSH!!! THIS IS SOME NEXT LEVEL SHIT. I AINT READY OH LORD HAVE MERCY XD

This user summed up Ranveer Singh in one word, CHAMELEON!

Suddenly, the hype has been created and cinema-goers are anxiously waiting for the movie to release. However, the movie looks promising and having Ranveer Singh in it will just make it way more interesting and entertaining. Apparently, the actor’s journey from “Band Baaja Baarat” to “Jayeshbhai Jordaar” is an epic one.

Simultaneously, the “Gully Boy” is currently working on two big projects “’83” and “Jayeshbhai Jordaar”. As per Indian media reports, Gujrati cinema director Divyang Thakkar is making his Bollywood debut with the film. While talking about his movie, Ranveer Singh called “Jayeshbhai Jordaar” a film with a big heart.

Further, the actor stated, “Jayeshbhai Jordaar is a film with a big heart. In its concept as well as in its appeal, it encompasses the broadest spectrum of the cinema-loving audience – it’s a film for everyone. It is, in fact, ‘a miracle script’ that YRF found for me out of nowhere. The sheer brilliance of the writing compelled me to immediately green-light this film”.

“Both humorous and poignant, Jayeshbhai Jordaar is right up there with the most solid on-paper material I’ve ever come across” he added. Well, we can’t wait to see Ranveer play this character and this film sure looks promising! We’ll just have to wait until its release.

Are you excited for Jayeshbhai Jordaar? Let us know in the comments section below!