MS Dhoni Gets A Warm Welcome In Chennai Ahead IPL 2020's Kick-Off! 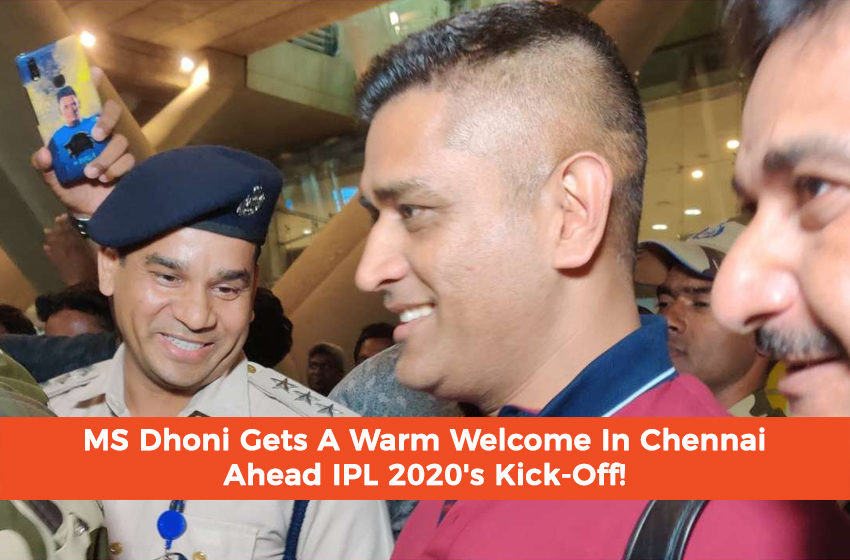 Indian Premier League for the year 2020 is just around the corner with the first match scheduled for 29th March. The IPL fever has spiked with all-time favorite skipper player returning for training. Nonetheless, the MS Dhoni received a warm welcome upon his arrival to Chennai.

The first match of IPL 2020 will be between the Mumbai Indians and Chennai Super Kings.

Whistles On The Skipper’s Welcome To IPL!

Ever since the Indian cricket team played their last match against New Zealand in the ICC World Cup 2019, dhoni did not apply for selections. Moreover, reports tell that the 38-year-old Dhoni was serving the Indian army whilst his break from international cricket.

As the Grand Tournament is just days away, the player returns back with the intention of leading his team, the Chennai Super Kings to heights. IPL franchise CEO Kashi Vishwanathan confirmed the news saying that Dhoni will initiate his training formalities from Tuesday. However, the training camp will start on the 19th of March.

Following his return, the skipper took his news of returning on twitter. Dhoni shared two posts depicting his arrival at the team hotel along CSK team manager Russell Radhakrishnan.

Undoubtedly, Hailing fans of MS Dhoni from all around  Chennai were ready at the airport to catch glimpses of their beloved ‘Thala’ and welcome him.

With Dhoni leading the Chennai Super Kings, the team has won three IPL titles of years 2010,2011 and 2018. Without any doubt, the team will surely go for claiming the fourth title, this season.

Prior To MS Dhoni’s Return!

Considered as the best captain of all times, MS Dhoni has led the Indian cricket team to new heights of success. After retiring from Test cricket six years back, the star cricketer, in 2017, stepped down as captain of limited-overs formats as well.

After India losing the match to New Zealand in the test series, Dhoni faced criticism for his performance. Especially, his slow performance in batting. The Kiwis defeated the Indian team in the second test match of the series by seven wickets.

Following his aging career, recently, the Board of Control for Cricket in India (BCCI) didn’t add MS Dhoni in the central contracts list creating chaos online.