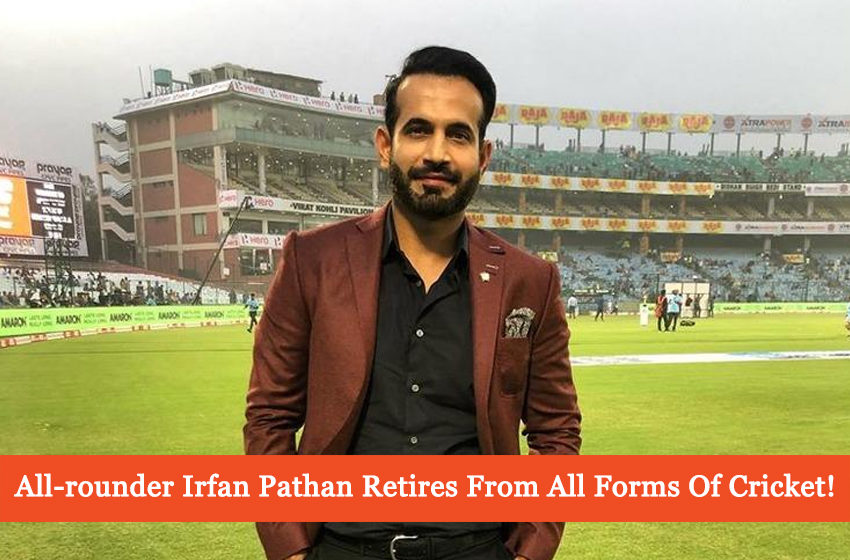 Considered to be one of the best teams around the world, the Indian cricket team has proved its worth with the passage of time. Among other great players that emerged from India, all-rounder Irfan Pathan recently put forward his final decision regarding retirement from cricket. Last weekend, globally acclaimed Indian bowler Irfan Pathan retired from all forms of cricket after playing for 16 long years.

Indian all-rounder Irfan Pathan retires from all formats of cricket!

Having a huge fan base globally and followed massively, the 35-year-old cricketer left the game with a good name. Associated with the Indian cricket team for more than a decade, Irfan Pathan has played exceptionally throughout his career. Eventually, last Saturday, cricketer Irfan Pathan announced retirement from professional cricket with several records left behind.

This was indeed a shocking news for the all-rounder’s fans and admirers who wanted to watch him play more. According to Indian media reports, on Saturday, Irfan Pathan revealed that he is retiring from professional cricket with immediate effect. Reportedly, Pathan made his international debut with the team back in 2003 and played for India for about 16 life years.

”I would like to thank my family for providing much-needed support!”

Apparently, Irfan Pathan’s cricket career turned out to be a short one as he retired early at the age of 35. Previously, when Pathan’s cricket career was in shambles, the authorities gave him another opportunity to perform in the One Day International (ODI) format. Well, the chance was provided after analyzing all-rounder’s overall performance in the domestic face-offs.

Have anything to add to the story? Let us know in the comments section below!