Hardik Pandya Proposing His Girlfriend On A Cruise Is Goals! 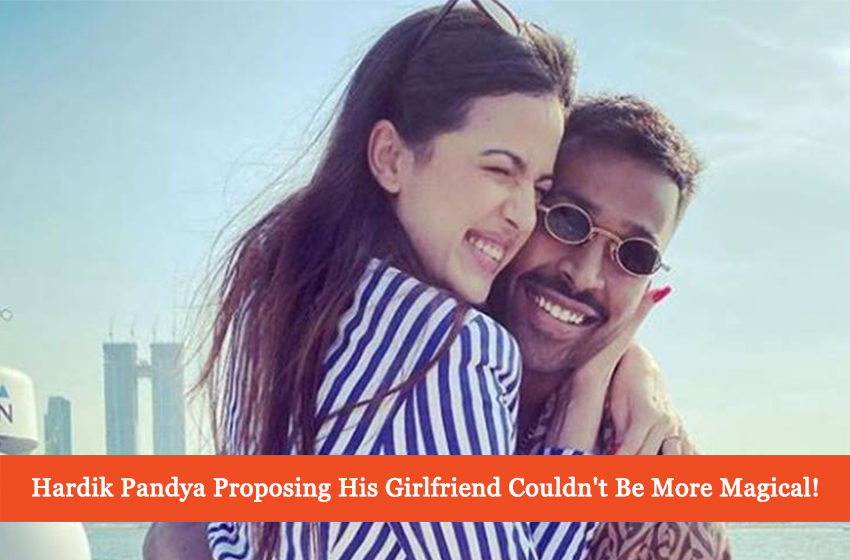 In the last few, cricket fans have seen many international cricketers getting married or engaged with their partners. Apparently, the start of 2020 brought in similar news and Indians are overjoyed to see their favorite cricketer settling down in life. Earlier this week, Indian cricketer Hardik Pandya officially announced the news of his engagement along with the event pictures with his girlfriend on Instagram.

Cricketer Hardik Pandya got engaged to his Siberian girlfriend!

Currently, Hardik Pandya is out of the team because of the incurred back injury earlier and is recovering for good. Because of the injury, the 26-year-old cricketer didn’t play two major tournaments last year but things seem to better for him this year. Surprising everyone, Hardik Pandya proposed to his Siberian girlfriend Natasa Stankovic on a cruise and the answer was a resounding ”YES”.

Romance in the air!

Apparently, Instagram users couldn’t contain their excitement and the comments section was filled with congratulatory posts. This week, on Wednesday, the Indian cricketer got engaged to Siberian actress Natasa Stankovic on a romantic trip. With the caption “Mai tera, Tu meri jaane, saara Hindustan. 01.01.2020 #engaged”, the all-rounder broke the big news on the internet.

Soon after the post went up, fans, admirers and fellow teammates flooded the comments section with good things to say. Among the well-wishers, Indian cricket team captain and the most admired athlete Virat Kohli also poured in love for the couple. Apart from the captain, teammate Kannur Lokesh (KL) Rahul, singer Guru Randhawa and several others congratulated the cricketer.

Well, the fun is not over yet as the video of Hardik Pandya’s proposal is still left to be revealed. Apparently, the cricketer’s fiance Natasa Stankovic posted the most precious moment of her life on her official Instagram handle. In the video, the Hardik Pandya can be seen sitting on one knee and asking his lady to be the one for his present and future.

Well, apart from his new beginning of life, Hardik Pandya’s back injury might further affect his cricket. However, after Virat Kohli and Anushka Sharma tied the knot, this can be the next hit Indian jodi. Regarding the injury, Pandya will not be a part of the upcoming Australia and Sri Lanka series as well.

Are you happy about Hardik Pandya’s engagement? Tell us in the comments section below!