Netizens Have A Laughter Riot As 'WhatsApp Headquarters Memes’ Trends 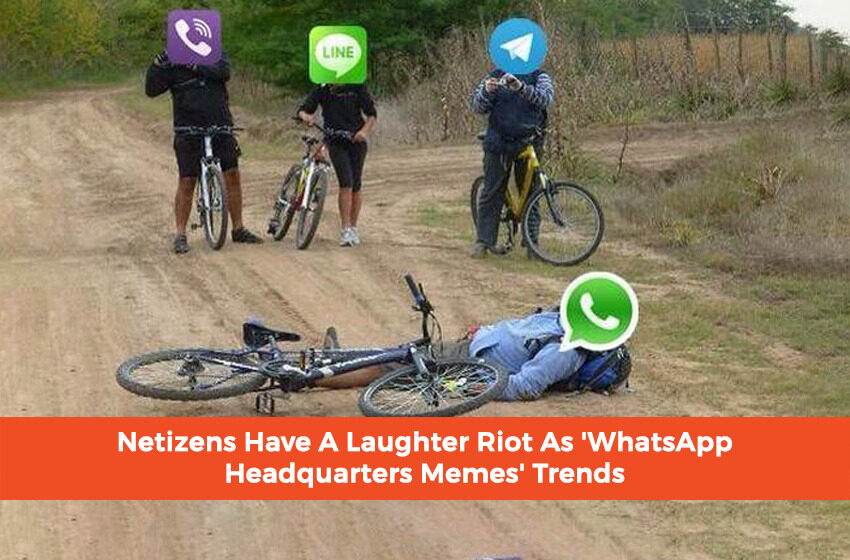 When we use social media, it appears that these applications are free and the world is so good. However, nothing is free. This is also quite a popular saying that if you are getting a free service then you are the product. Moreover, if you have individually watched documentary series such as The Social Dilemma on Netflix, then you should have an idea of what we are talking about. Several social media applications across the world already earn billions as they have access to users’ data. As a result, it now seems that WhatsApp is also ready for joining the global trend raising some Whatsapp headquarters memes trend on social media.

The messaging application Facebook has gained massive recognition and popularity across the world due to its privacy policy as well as the promise that it keeps the messages of consumers private and encrypted. However, it is now alleged that the update for the purpose of their new policy would now allow users of Facebook to access consumer data. This new policy will now put user privacy at risk.

The change in Whatsapp privacy policy has now sent shockwaves across social media users. They have now questioned the logic behind data sharing for this application. The Whatsapp privacy issues are encouraging others for installing Signal as well as Telegram applications as they have gained a sudden increase in demand. However, many users have taken Whatsapp’s policy in a sarcastic tone. As a result, they are now sharing hilarious memes on social media. Indian memes and trolls are now sharing Whatsapp privacy memes on Twitter. They are now flooded with ‘WhatsApp Headquarter’ memes slamming the messaging app.

Let’s check out some of the funniest reactions on Twitter for Indian Whatsapp headquarters memes:

"you're the only one i talk to"

If you're not paying for the product, then you're the product. . . . .🙃#WhatsappNewPolicy pic.twitter.com/FVgwjvuO2m

*Me who is already in Telegram just to download Movies and Webseries #Telegram #WhatsappNewPolicy pic.twitter.com/VgpVxwg2CJ

#Telegram #WhatsappNewPolicy
*After the new update of WhatsApp policy*

It is essential to note that there has now been an increase in the overall number of encrypted messaging applications, specifically after Whatsapp privacy policy issues. All of these applications do aim to protect their users by providing a secure messaging app. It is indeed a concern for users across the world that some instant messaging applications get copies of chat sessions of users. They are saved in the company servers. This could well be exposed as well as published online through the means of a successful hack attack. As a result, it is essential for users to have a proactive approach.