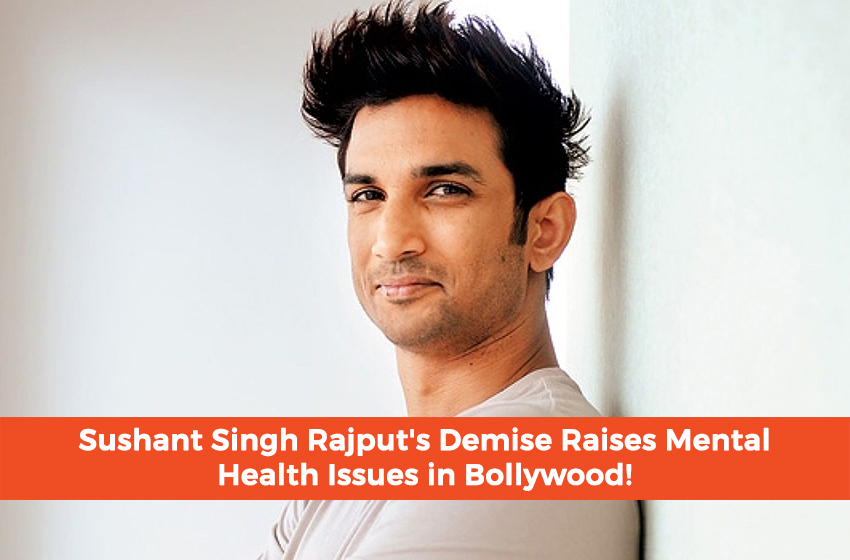 The demise of Bollywood actor Sushant Singh Rajput on Sunday by suicide has sent shock waves across Bollywood.  Sushant was known for his films like Kai Po Che!, MS Dhoni: The Untold Story and Chhichhore. Sushant, 34, was found hanging at his Bandra home. Soon after the news of the demise of the actor started circulating, several celebrities from the film fraternity had requested people to be more empathetic, sensitive and available to their close ones who might be silently suffering.

The news of Sushant’s death came after his former manager Disha Salian had died in Mumbai. He had posted a heartfelt note after her death. Sushant had stated: “It’s such devastating news. My deepest condolences to Disha’s family and friends. May your soul rest in peace.”

Just a week before his death, Sushant had posted a highly-evocative post on Instagram that invoked his mother’s memories. In an emotional note, Sushant remembered his mother who had passed away in 2002. His post with the hashtag Mother in Hindi, read: “Blurred past evaporating from teardrops /Unending dreams carving an arc of smile/And a fleeting life,/ negotiating between the two”.

Sushant’s battle with depression for the last six months has resulted in the media putting spotlight on the significance of mental health care. Various Bollywood celebrities through their social media accounts have emphasized on supporting those facing troubled times.

I blame myself for not being in touch with you for the past year….. I have felt at times like you may have needed people to share your life with…but somehow I never followed up on that feeling…will never make that mistake again…we live in very energetic and noisy but still very isolated times …some of us succumb to these silences and go within…we need to not just make relationships but also constantly nurture them….Sushants unfortunate demise has been a huge wake up call to me …to my level of compassion and to my ability to foster and protect my equations…..I hope this resonates with all of you as well….will miss your infectious smile and your bear hug ….💔💔💔

Actress Richa Chaddha also expressed and remembered Sushant Singh Rajput by sharing a picture taken with him on her Instagram account.

The demise of Sushant Singh Rajput has also stirred up the conversation regarding the pressure that comes up with being a celebrity. The Kedarnath actor has now joined the long list of celebrities who gave into depression. In December 2019, TV actor-model Kushal Punjabi died by committing suicide at his home. Other artists such as Pratyusha Banerjee, VJ-model Nafisa Joseph, actor-model Kuljeet Randhawa, Bollywood actress Jiah Khan, actor Kunal Singh, and recently TV actors Manmeet Grewal and Preksha Mehta have also succumbed to the stress of not being able to maintain a work-life balance.

Depression is a disease that devastates an individual from the inside. This is also evident from the death of Sushant Singh Rajput. Within the entertainment industry, actors are always under a lot of pressure to perform. This is required not only on-screen but off-screen too by making right friends, being in news in the right manner and being in touch with the right people. As a result, there is a need to create a healthy atmosphere for people in the industry to talk about what’s troubling them.