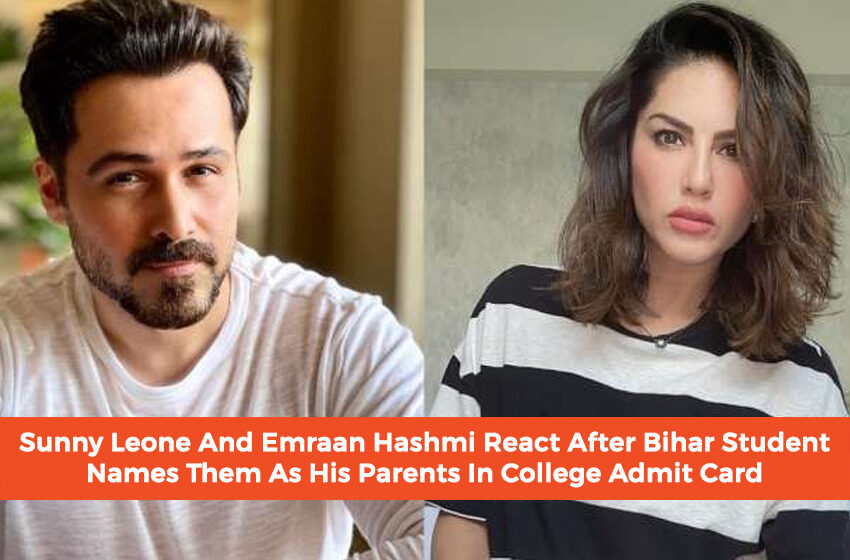 So, apparently, Hashmi and Leone are residents of this north Bihar town. And though Sunny and Emraan are not married to each other, both are parents of a 20-year-old student of Bihar who seems to be studying in a college nearby. In addition to this, the form in question seems to be making several rounds on social media as well.

Against the column of father’s name is printed Emran Hasmi. More so, the name despite its different spelling brings to mind the Bollywood actor who is known for a romantic onscreen persona.

Apart from that, the name of Leone, a model turned Bollywood actress, is the mother. Not only that but also Chaturbhuj Sthan, the town’s infamous red-light area, as the address give away the mischief.

Netizens hilariously react to the claim of the Bihar student

Actress Sunny Leone took to Twitter to respond to the student who called her “Mom”. She reacted to the news of a Bihar student naming her as his mother. “This kid is awesome!!!!! Way to dream big :)))))))) XO hahaha,” Leone tweeted, sharing a picture of the admit card.

Actor Emraan Hashmi also said that “he” is not his son.

I swear he ain’t mine 🙋🏼‍♂️ https://t.co/ARpJfqZGLT

The Twitter users had a field day with this. They found it to be funny that the Bihari student is claiming that he is Sunny and Emraan’s children. They could not stop their laughter and posted some hilarious memes. Various hashtags such as #Sunny leone kids bihar and #Emraan hashmi kids bihar is going viral across India.

It is indeed funny to see the “Bihar student leone hashmi kid” story going viral in India. It is also essential to note that both the famous actors Hashmi and Leone never appeared on the big screen together for a full-fledged project. However, they once appeared in a song together that featured in the Indian film Baadshaho.

In particular, actress Sunny Leone now has some interesting projects coming up. One of those projects is the Tamil historical drama Veeramadevi. She will also feature in the Santhosh Nair directorial Rangeela. Apart from that, the actress has many other projects lined up that include Helen and Kotigobba 3.

Talking about Emraan Hashmi, the actor will soon collaborate with Amitabh Bachchan for Chehre.