Sonam Kapoor Reveals How She Felt Unsafe In An Uber In London! 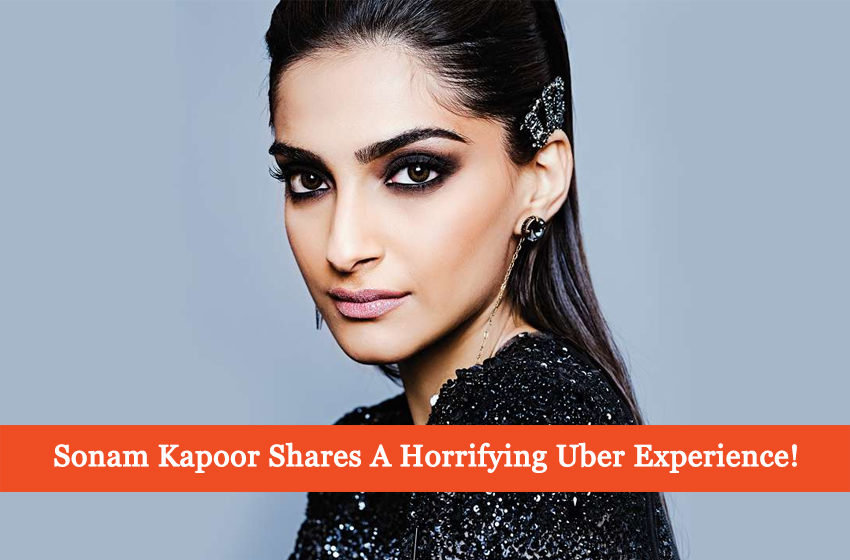 In a world where unfortunate incidents are taking place too often, many people are now finding it easier to speak and up and be vocal about any unfortunate incident they come across. Be it a famous celebrity or a commoner, the power of social media is now being used to raise awareness and expose the harshness of this world. Recently, our famous celebrity Sonam Kapoor visited London and she spoke about something really disturbing that happened there with her.

Sonam Kapoor Reveals How She Felt Unsafe In An Uber In London!

Famous Bollywood diva, Sonam Kapoor shared a similar experience and that too, in London! Who would have thought such a thing could also happen in London? Well, let’s face it – bullying, harassment, violence is at its peak all around the world.

Speaking of what Sonam Kapoor had faced in London, here’s what she had to say. The star, however, chose to keep it short and mentioned that she felt unsafe and that the incident has left her shaken.

Here’s what she tweeted!

Hey guys I’ve had the scariest experience with @Uber london. Please please be careful. The best and safest is just to use the local public transportation or cabs. I’m super shaken.

“Hey guys I’ve had the scariest experience with  @Uber London. Please please be careful. The best and safest is just to use the local public transportation or cabs. I’m super shaken.”

Sonam tweeted her experience, her fans and followers were quick to show their support. Some were curious to ask what exactly had happened.

What happened, sonam? As someone who takes cabs in London, it would be good to know!

We hope she gets out of the trauma

Oh my GOD … Hope you safe Sonam .
And this is really Alarming .

In first place @Uber if someone’s mental health isn’t okay, you shouldn’t let them be a part of your company. It is risky for your client’s life. This is so not done! Really needs to be fixed, and the damage is already done.

To which, Sonam finally revealed what actually had happened

The driver was unstable and was yelling and shouting. I was shaking by the end of it.

Although there were people supporting her, many thought that she was making it up and blaming the driver without any evidence. Here’s what they had to say:

Uber is safest ride here since all drivers are here with background check and got their license through lengthy procedure. It’s not nice to blame the whole department

Uber is safest ride here since all drivers are here with background check and got their license through lengthy procedure. It’s not nice to blame the whole department

Honestly, we can’t really blame her.

And some even tried making fun of her

Probably he didn't recognize you without makeup. And that no makeup look made him insane.🤦🏻‍♀️

This wasn’t the only unfortunate incident that Sonam has experienced. Earlier in this month, Sonam Kapoor had filed a complaint against British Airways on Twitter for misplacing her luggage. Sonam mentioned that she has travelled via British Airways thrice and lost her baggage twice.

Here’s what she had tweeted:

British Airways was quick to apologize for the inconvenience.

We can only offer our sincere apologies, Sonam. Please be assured we're working to reunite you with your bag as quickly as possible. Cody

Moreover, such incidents at times can’t be avoided and Sonam was unfortunate to have experienced them. We hope her concerns and complaints have been taken care of.

We request everyone to be safe and vocal about such incidents and always find the courage to speak up so we could help save others.

What do you think of Sonam Kapoor’s experience? Do you stand by her? How do you think these problems should be taken care of? Let us know in the comments below.