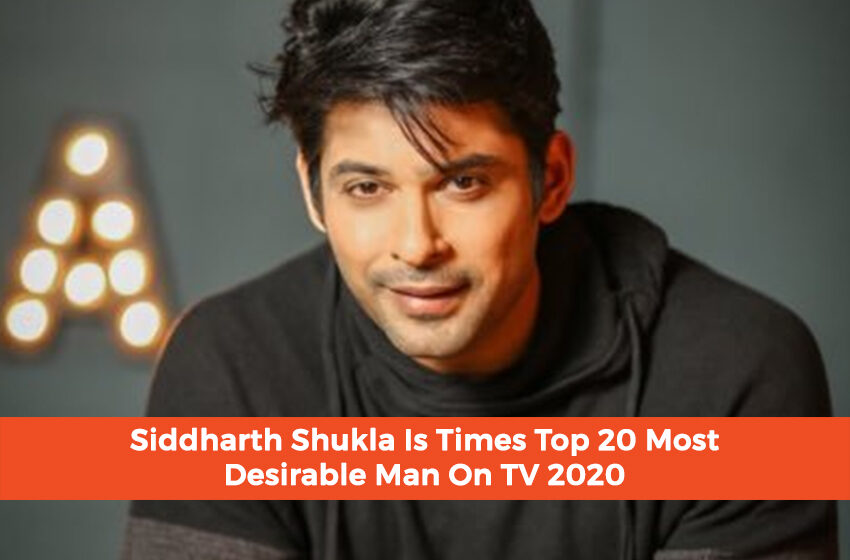 Sidharth Shukla, winner of Bigg Boss 13, has topped the list as Times Most Desirable Man on Television 2020. The list is based on their popularity of the actors on the small screen and social media. The actor is also famous for his performance in Balika Vadhu and Dil Se Dil Tak.

On topping the list of 20 most desirable men on Tv, Sidharth Shukla said: “It feels good that a year that has been so hard on humanity has had good things to offer me. It has been a period of learning for all of us and me, as well. Bigg Boss, and later the pandemic, has been a time for introspection, of challenges, patience and so much more. But, I’m glad that good things came my way, including topping the most desirable list.”

Sidharth was also asked who according to him, is the most desirable man and woman in the country. He Said “Whoever tops your list, I guess. The Times knows how to rank the best! But, in the current times, anyone who is able to invent a cure to beat the COVID-19 pandemic will be the most desirable man/woman not only in the country but in the world.”

The fans are very happy with Sidharth Shukla most desirable man win. Moreover, they have started a trend by the name of #MostDesirableManSidShukla on Twitter. The actor is being applauded by fans for his hard work.

One of the fans tweeted: “It’s not just the looks that makes a Man desirable, its his Compassion, the way he presents himself, how well spoken he is, how humble, open minded, his thoughts etc. Its a man you think is worth having in your life & you @sidharth_shukla tops all charts.”

“He worked hard in Silence, he gave in everything without Complaining… His hard work has paid off, his success shall be remembered through eternity”.

He worked hard in Silence, he gave in everything without Complaining…
His hard work has paid off, his success shall be remembered through eternity…@sidharth_shukla#MostDesirableManSidShukla pic.twitter.com/CT1olhasej

Check out other tweets by fans of Sidharth.