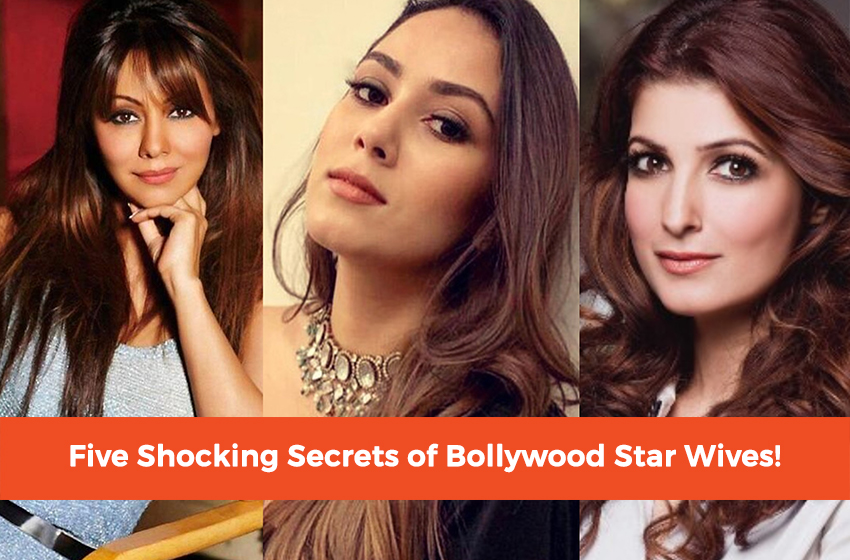 Shah Rukh Khan’s wife Gauri Khan is a successful producer and interior designer. However, Gauri Khan once made it to the media headlines for bad reason. When the rumors of Shahrukh’s affair with Priyanka started doing rounds, Gauri along with her friends preferred to ban Priyanka Chopra from Bollywood. Gauri even warned SRK to not work with Priyanka in the future else she will divorce him.

Twinkle Khanna, wife of Akshay Kumar, had once been arrested and was also part of a massive controversy. Regarded as one of the most famous Bollywood actors wives, Twinkle was once caught in a controversy. During the Lakme Fashion Week in 2009, Akshay Kumar came to Twinkle. She was sitting in the front row. While walking the ramp, Akshay asked Twinkle to unbutton his jeans. She did so and many people found it as a highly profane act. As a result of this act, a case was filed against her name. Twinkle was arrested but later was released with a fine.

Talking about the secrets of Bollywood star wives, the ex-wife of Arbaaz Khan Malaika Arora also made it to the headlines during their divorce. This incident highlights the ugly and dark secrets of Bollywood. There had been several reports that Malaika had left Arbaaz after a financial feud and also took all his money. However, all these reports were later denied by her. She also stated that their divorce was due to mutual consent. The actual reason for the divorce of Malaika and Arbaaz was due to Malaika’s extra marital affair with her now-boyfriend Arjun Kapoor.

In the year 2015, an FIR had been lodged against Aamir Khan and his wife Kiran Rao. The FIR had been filed against them due to their controversial remarks on intolerance. She also got FIR against her name as Aamir in an interview stated that Kiran suggested him to move out of the country because of an intolerant situation.