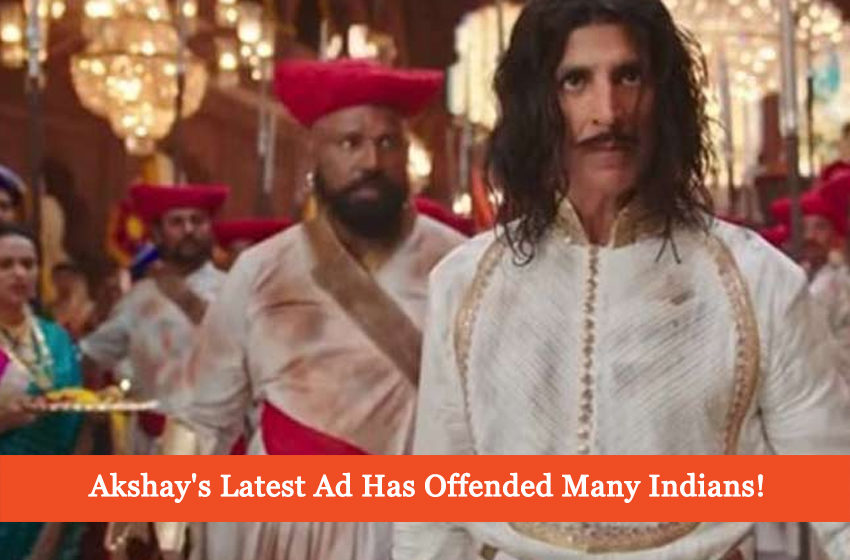 Akshay Kumar is one of those Bollywood celebrities that we really look for in comedy films. From his roles in films to funny advertisements. However, his latest advertisement has surely backfired! Latest ad of Akshay Kumar was with Nirmal Washing Powder and my oh my, it didn’t turn out to be as expected.

From his box office hits this, we believe this might prove to be problematic in the future considering his upcoming movies. So, what was meant to be taken as a light-hearted TVC turned into a major controversy on social media.

In case you have missed out on the ad, check it out!

Here’s how Twitteratis were seen reacting to it his ad!

It's just an ad where a Maratha king is helping his wife to wash clothes…. Why are we Hindus acting like Radical Islamics 😩#BoycottNirma

Some were really hurt!

Mr. @akshaykumar , have you ever read history of Maratha's ? If No then go and read their sacrifice towards Nation. Else dont mock our Maratha culture !#BoycottNirma pic.twitter.com/cQE8k39GGv

Withdraw the Advertisement from All Media

Uh oh! He really seems like he’s in trouble!

#BoycottNirma as well #BoycottAkshayKumar movies… @akshaykumar have to apologize for doing this kind of shit things pic.twitter.com/BSWC8tjEvC

Yes !
I will never ever buy Nirma products from this moment !

Things don’t seem to be getting better any time soon until and unless Akshay Kumar and brand apologize to all the upset fans as a police complaint has also bee filed against Akshay Kumar.  We really don’t know what’s yet to come but guess we’ll just have to wait and see.

However, if we talk about Akshay’s recent project, his film ‘Good Newwz’ has finally hit the screens on December 27 2019. Alongside Akshay, Kareena Kapoor, Kiara Advani and Diljit Dosanjh are also playing lead roles in the film. The movie has done amazingly well and it seems like Akshay Kumar isn’t coming slow!

Speaking of box office collection day 12, the film has already earned Rs 172.54 crore! That’s a lot!! Surely seems like the film is doingly amazingly well and is set to break the records compared to the other Akshay Kumar films.

What do you think of this Akshay’s ad? Let us know in the comments below!