Is Rhea Chakraborty a pawn in Sushant's mysterious demise? 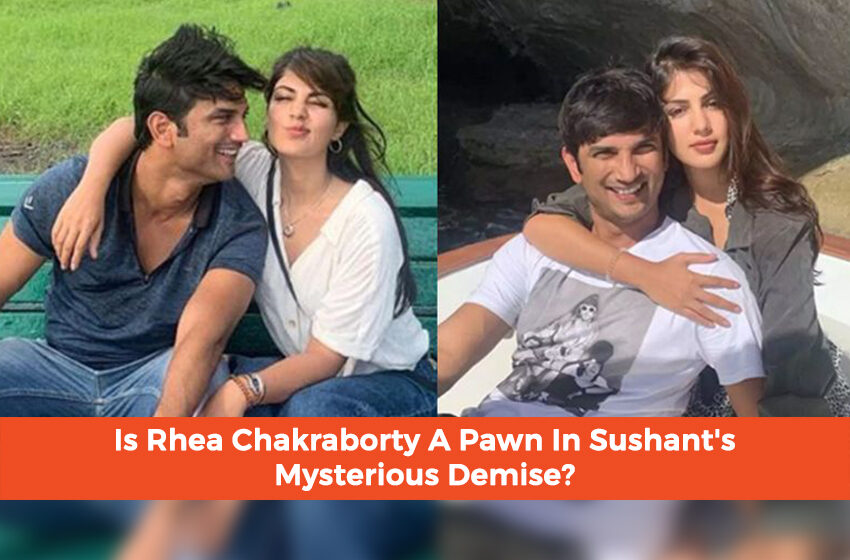 On June 14 2020, Sushant Singh Rajput, a promising 34-year-old Indian actor, was found dead at his rented apartment in Mumbai’s Bandra. He was found hanging at his Bandra home. Soon after the news of the demise of the actor started circulating, several celebrities from the film fraternity had requested people to be more empathetic, sensitive and available to their close ones who might be silently suffering. Death of Sushant has put his girlfriend Rhea Chakraborty in an answerable position for his death.

Initial reports claim that it was a case of suicide.  Further investigation into the case has triggered dark conspiracy theories of how a powerful cabal of Bollywood producers tried to sabotage his career pushing him to kill himself. This has also set off a raging debate on insiders versus outsiders as well as the role of nepotism in the Hindi movie business.

Reportedly, the late actor’s father KK Singh has made some shocking allegations against Rhea Chakraborty. Even before his father made allegations against Rhea, his family was certain that Sushant’s death is not suicide. Sushant’s father KK Singh filed an FIR in the Rajiv Nagar police station in Patna. He accused six people, including his girlfriend Rhea Chakraborty, for abetment to suicide.

Rhea is just a pawn, there are big names involved who are using Rhea as a scapegoat#SushantConspiracy https://t.co/sMeLvl6W9w

Another tweet by them, targetted towards ‘movie mafia’, read, “Movie Mafia repeat after me … Sushant wasn’t mentally ill, depressed or bipolar, #dhandabandkar #SushantConspiracy.” This time, Team Kangana Ranaut shared a video of Ankita Lokhande, where the once-girlfriend of Sushant Singh Rajput said that he couldn’t die by suicide.

Former Union Minister and BJP leader Subramanian Swamy has also been pitching for a CBI inquiry in the demise of Sushant Singh Rajput. He has also released a 26-point note to prove that it’s not just a suicide but murder. In his tweet, Swamy has provided a list of 26 things that prove that Sushant was murdered. Here’s what Swamy’s tweet reads:

Why I think Sushanth Singh Rajput was murdered pic.twitter.com/GROSgMYYwE

What do you think about this story? Let us know in the comments section below.