Neetu Fancies On How Sachin And Ranbir Spending Their Lockdown 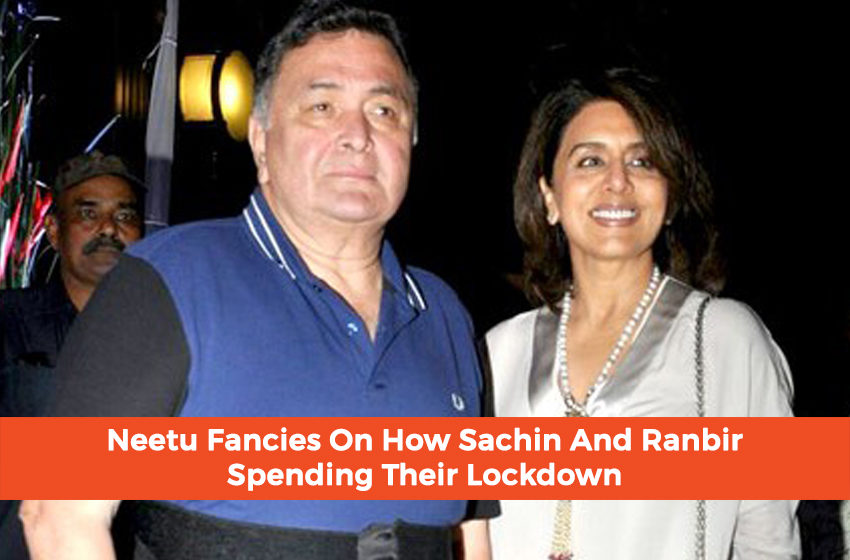 Nearly a month has passed by, ever since the COVID-19 pandemic wreaked catastrophic mayhem. As a consequence of which, countries around the globe have been observing complete lockdowns. While this time-period of self-isolation has been straining for many citizens, the scenario is no different for our Bollywood stardom. Neetu Kapoor on COVID-19 shares an Instagram post.

With different movie stars engaging themselves in various hobbies, Neetu Kapoor recently uploaded photos on Instagram, as she fancies on how Sachin Tendulkar and Ranbir Kapoor are spending their lockdown period.

At this time the COVID-19 pandemic has infected more than 15,000 people, moreover, causing 521 deaths. Statistics enumerate that the virus outspread began from Kerala, South India, causing the government to declare it a ‘state clamity’.

Cricket and chill for the Kapoor Family

Owing to the Insta post, one of the pictures exhibits Neetu’s son, Ranbir Kapoor hitting a tremendous shot, as he plays cricket with the legendary Sachin Tendulkar. Meanwhile, in another photo, the men-duo pose for the camera, with serene snow-capped mountains peeking in the background.

With all the motherly love, Ranbir’s sister and designer, Riddhima Kapoor Sahni, also comments on the post with umpteen heart emojis.

Nevertheless, Neetu Kapoor on Covid-19 quoted the photo with the caption: “Wish we had the powers to knock all sickness, stress, sufferings, viruses out of this planet.”

It shows that she craves for endulging in such a physical activity, as the two gentlemen have. Unfortunately, with her current age, this seems a bit far-fetched.

On a positive note, her caption motivates us in hoping for the yet-to-come future, where the world would emerge victorious in its fight against this deadly virus. Pragmatically, we must all remain hopeful and steer clear of any negativity amidst this phase of our lives.

With new movies planned for this year, hopes are that we would be seeing our favorite B-town couple. Social media gossips predict that both Ranbir Kapoor and Alia Bhatt will be starring in the yet-to-come movie Brahmastra. The film itself is a part of a supposed trilogy, under the direction of Ayan Mukherji. More importantly, it resonates with a romantic fairytale portraited in a supernatural format.

All-time favorite producers, Karan Johar will be in charge of directing the movie. “I have spent six years of my life working really hard to make an original story. Importantly, this movie serves as part of the trilogy, which would be made over a time-frame of 10 years,” proclaimed Karan.

Last but not least, the fans will also get to see Amitabh Bachchan, Mouni roy and Akkineni Nagarjuna in other decisive roles.