Irrfan Khan On His Journey Of Battling Cancer & Returning To Bollywood! 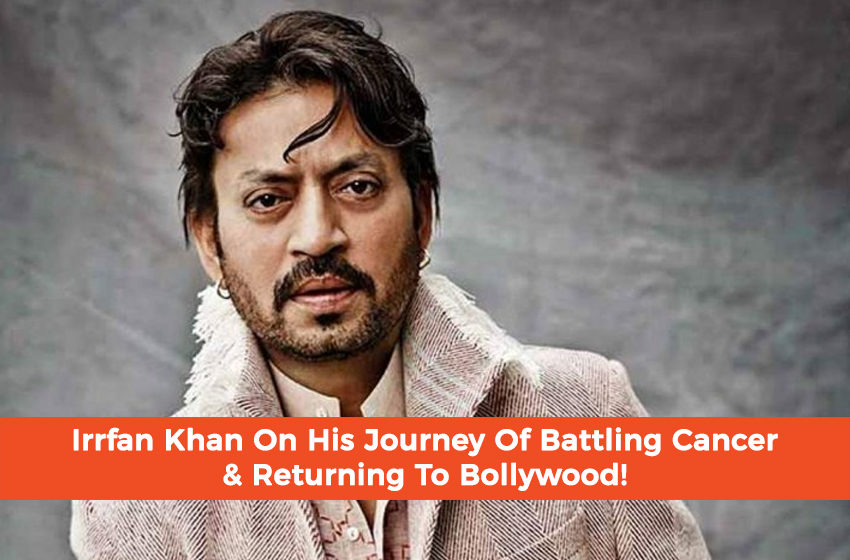 National award-winning actor, Irrfan Khan has recently recovered from his battle with cancer which was a neuroendocrine tumor. Nevertheless, the actor is back to Bollywood, with his movie ‘Angrezi Medium’ releasing on 13th March 2020.

“My health issues came out of nowhere. Yes, I took a break and yes I am happy to come back,” says Irrfan in his recent interview.

Irrfan shares his experience asserting that, in 2018, he was diagnosed with the tumor which nearly took his life, whilst his treatment in London. Though, the actor says that a renowned song of Lata Mangeshkar is what kept him headstrong throughout the whole treatment.

Quoting to what he said in his interview: “I tell life: ‘Lag Jaa Gale Ki Phir Yeh Haseen Shaam Ho Naa Ho, Shayad Is Janam Mein Mulaqaat Ho Na Ho [Embrace and hug me life, for you never know if we will ever have this magical evening like this or not, Perhaps we may meet or never meet again in my lifetime]”

It is known that Khan has starred in over 100 movies. Now that his latest movie is releasing in the following weeks, the 52-year-old actor is all geared up to embark on a new chapter in his life.

The movie Angreezi medium portrays a tale between a father and daughter. One of Bollywood’s finest directors Homi Adjania has directed the film. Previously, Adjania had waited anxiously for Irrfan to recover so that the film shooting can commence.

Throughout the recovery, Adjania remained alongside him, helping and motivating him all the way. On the occasion, Adjania says: “We used to hang out and chat about everything about the film. Irrfan is such a beautiful human being, very sensitive and aware. And, I can’t wait for those qualities to come into the film too. I have never seen Irrfan like this before in any film.”

About the film, Irrfan will be depicting the character of a single father, who is hailing from a small Indian town. The agenda of his role is to help her daughter achieve her dream of studying at a prestigious university in the United Kingdom. Particularly, the movie highlights the negligence of female education, postulated by the patriarchy dominating society.

Here is the trailer of Irrfan Khan’s Angrezi Medium!

What are your comments on Irrfan Khan’s return to Bollywood? Share your insight in the comments section below!