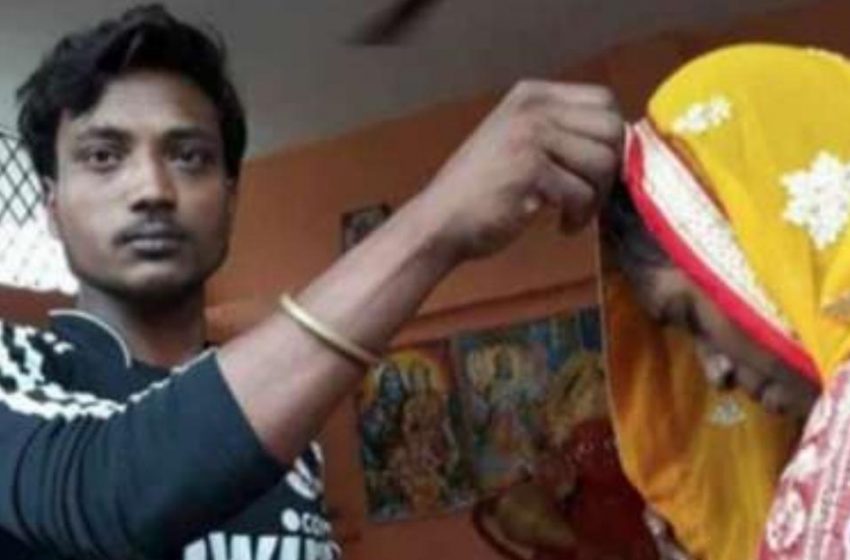 India, oh India, the home of Bollywood and thousands of love stories. In the land of love and admiration, it is impossible for real-life love stories do not occur often. The giving nature of Indians can be judged by this Kanpur husband’s actions.

The story we’re sharing today seems to be a natural version of Hum Dil De Chuke Sanam… yes, where there is love there is also heartbreak. A good and kind-hearted man recently married his wife of 3 months, off to her old lover. Yup, you read that correctly.

As reported by Times of India, Sangiwan Village’s Sujit loved his wife so much… he sent her off with an old lover. Sujit’s wife Shanti was forced into marriage when she was already in love with someone else. Sujit’s love reminds us of the time a Pakistani husband changed the plane’s route for his wife.

Initially, everything was fine between Sujit and Shanti. Till the day she left for her parents’ house. It was then that Sujit knew that his wife was married forcefully when she loved someone else. This is when the ‘Dil Jala’ hero inside Sujit came alive.

Sujit kept asking his wife about her mood swings and why he didn’t get the love he thought he deserved. One day, Shanti confided in him and broke down in tears, telling him about her lover from Lucknow. Sujit then, made it his mission in life, to unite two old lovers (one of which was his wife).

Golu, which is Sujit’s nickname, at first wanted to take his wife to the task, embarrass his in-laws and maybe even confront her old lover. However, the good man inside Golu overtook all the negativity.

“Initially, negative thoughts were coming to my mind and I even thought of eliminating both, but had I done this, the lives of three people, besides their families, would have got badly affected,” said Sujit.

Being good at heart and smart in the mind, Sujit took up the discussion with his ‘braadri’ and elders. However, it was Sujit who took the decision of making all 3 people in this Hum Dil De Chuke style love-triangle happy.

The third character of this real-life Bollywood flick was Ravi, from Lucknow. Sujit contacted Ravi and informed him of the whole situation. The two then met, and Sujit decided he was going to marry his wife of 3 months off with her lover. In addition, the police were involved too, but only for help.

One policeman who attended the marriage event said it was the sweetest thing he ever saw. Sujit’s actions cannot be forgotten. Additionally, what Sujit did for his wife is one of the rarest of feats. To overcome one’s ego, and save 3 lives, that is what a bigger man does.

The world needs more people like Sujit who believe in love and acceptance. Ravi and Shanti are now happily married, all thanks to the husband from Kanpur who was also the best man at the wedding.