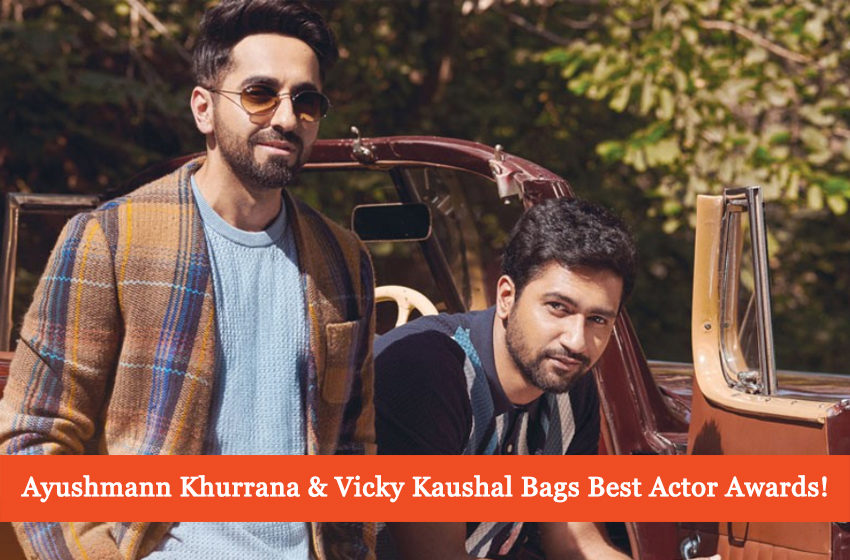 Certainly, the immense hard work and true efforts of celebrities in making a difference deserve every ounce of appreciation. Over the years, several awards shows and events are organized to honor such individuals in order to encourage the entertaining spirit. Similarly, this week, the dashing Ayushmann Khurrana and ‘”Sanju” star Vicky Kaushal won big at the 66th national film awards.

In this near-to-end year, fans have seen their favorite actors transforming into the needed character for upcoming ventures. However, earlier, the Bollywood Kangana Ranaut’s uncanny makeover for the upcoming “Thalaivi” broke the internet. Well, recently, the talented actors Ayushmann Khurrana and Vicky Kaushal bagged best actor awards at the 66th national film awards of India.

The event was organized to honor Bollywood celebrities for their well-scripted and perfectly executed projects throughout the year. According to Indian media reports, the starry occasion took place in New Delhi’s Vigyan Bhawan conference center. While several talented artists managed to get hold of prestigious awards in different categories, others were left empty-handed.

Apparently, the awards were distributed among the winners by the Vice president of Vigyan Bhawan Venkaiah Naidu. Reportedly, Ayushmann Khurrana and Vicky Kaushal won the best actor awards for “Andhadhun” and “Uri: The Surgical Strike”, respectively. Other than that, Bollywood’s ‘fitness guru’ Akshay Kumar after giving back to back hits also received an award.

Other actors being awarded and Amitabh Bachchan’s absence!

Not only this but the 74-year-old sick Surekha Sikri got the award for best-supporting actress in “Badhaai Ho”. Unfortunately, because of the severe illness, the veteran actress received recognition while in a wheelchair. Eventually, the audience couldn’t hold their happiness and the hall was all in applause for Surekha Sikri.

Apparently, the present crowd sure missed the legendary Amitabh Bachchan’s absence as he couldn’t be there because of health reasons. However, the actor won the ‘Dadasaheb Phalke’ award but couldn’t receive it himself because of illness. Expressing his heart for Amitabh Bachchan on his win, Vice President Venkaiah Naidu called the veteran actor an ‘inspiration‘ for others.

Naidu stated, “Big B [Amitabh Bachchan] is an institution in himself and has been a perennial inspiration since the past five decades”. Regarding the exceptional content being produced, the recent release of ‘Bhai’ Salman Khan’s Dabangg 3 filled the internet with praises. Well, the viewers are looking forward to getting entertained by similar content in the coming years.