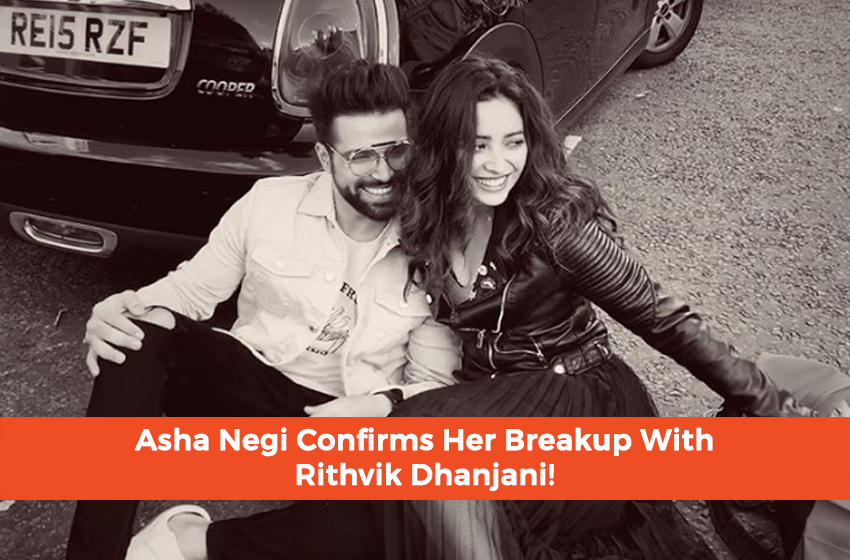 There are some love stories that just happen unplanned and unconditionally but they are too sweet to let it go. However, not all love stories get a happy ending. You wonder how can someone, who once made you feel you mean the world to them, can leave you alone crying for hours. But that’s a harsh reality and everyone has a different way to deal with separation or break-up with their partners. A similar scenario occurred with actress Asha Negi as she recently announced her breakup with her co-star-turned-lover, Rithvik Dhanjani.

Asha Negi has ended weeks of speculation regarding her breakup. She has now confirmed her break-up with her boyfriend of six years Rithvik Dhanjani. However, she has also stated that though they were no longer together but she will always have compassion and love for him.

In an interview with a local news channel, Asha has said: “People fall apart, relationships fall apart. But the main thing in life is that you have love and compassion for the person and that never dies. I would like to say that (respect and compassion) will always be there. I don’t want to talk so much about my personal life.”

Asha and Rithvik had earlier met on the sets of their show Pavitra Rishta. However, this was certainly not love at first sight for them. It was only after spending a lot of time on the sets that their friendship had blossomed into something more and they began dating in 2013. A few months after their relationship became public, Asha and Rithvik then went on to participate in the dance reality show Nach Baliye 6 and won the trophy.

Reports of Rithvik and Asha’s break-up had started during the last month of Nach Baliye 6. What further worsened the scenario was a cryptic quote that was shared on the Instagram story days after the reports surfaced. A quote on the Instagram story read: “Nothing should go back to normal. Normal wasn’t working. If we go back to the way things were, we will have lost the lesson. May we rise up and do better.”

Asha is currently focusing on an Indian web series titled Baarish 2. The series also features Sharman Joshi and is streaming on the OTT platform Alt Balaji.

After having a successful career on TV, Asha is now currently enjoying the digital platform. She will also be making her Bollywood debut with Anurag Basu’s movie Ludo set to release later this year in 2020. Ludo has an ensemble cast of Abhishek Bachchan, Rajkummar Rao, Aditya Roy Kapur, Sanya Malhotra, Fatima Sana Shaikh, Pankaj Tripathi and Rohit Suresh Saraf.