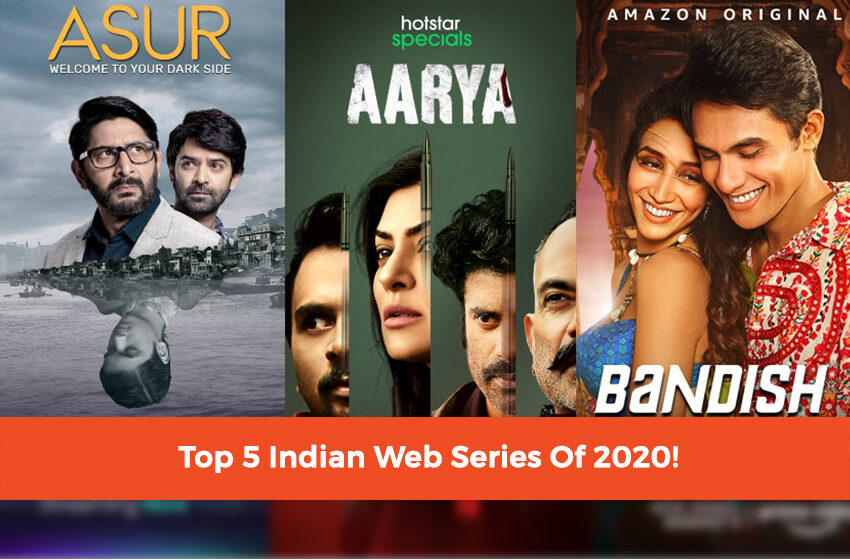 All of us have spent a long time in self-isolation since the COVID-19 pandemic has taken its toll all over the globe. In these tough times, OTT platforms have proven to be a savior. The Indian web series that came out in 2020 have received our undivided attention. This is because there were no movie theaters to tempt us.

In this article, we will provide you a list of the Top 5 Indian web series of 2020 that have been one of our most important sources of entertainment.

Regarded by many critics and viewers as one of the best Hindi web series 2020, Asur is a 2020 Indian Hindi-language crime thriller web series produced by Tanveer Bookwala of Ding Entertainment for the video on demand platform Voot.  The web series has a nail-biting plot that combines the mythological fiction and thriller genres.

In this series, a killer on the loose is leaving his signature behind after every murder. These hints are specifically aimed at a particular officer with whom he engages in a cat-and-mouse game. Arshad Warsi made his web debut in this series. The series also stars Anupriya Goenka and Barun Sobti in pivotal roles.

TVF is known to produce content that is rooted in reality and Panchayat is no exception either. Jitendra Kumar plays the role in this Amazon Prime web series. He is an engineering graduate that takes up a job as secretary of a Panchayat office in a village of Uttarpradesh as he couldn’t get any other job in multinational companies. Once he reaches there half-hearted he stumbles upon various issues. The manner in which tackles the problems is the whole premise of this series.

Jitendra was ably supported by Neena Gupta and Raghubir Yadav. It is certainly one of the best Hindi web series to watch. Many users have even said its the best web series 2020 from India.

This Amazon Prime Video thriller series follows the story of a cop named Hathiram, played by Jaideep Ahlawat. He is investigating the murder case of a journalist. As Hathiram digs deeper, he finds out more about the involvement of politicians, bureaucrats and businessmen in the system. The unconventional storyline of Paatal lok makes it one of the most special in this top 5 Hindi web series list.

Another excellent Hindi web series to watch is Aarya. This series, starring Sushmita Sen in the lead role, has landed on Disney+ Hotstar. Sushmita’s character has to take over the ‘family business’ during a crisis. The show presented Sen in a never-seen-before avatar and hit the nail on the head with its presentation. Ram Madhvani is the director of this series. It stars Sikander Kher and Chandrachur Singh in lead roles.

Amazon Prime is famous for providing refreshing content. Bandish Bandits falls in that category. Anand Tiwari is the director. The series is a masterclass in the music genre. It’s an original romantic drama web-series that gives us a mesmerizing musical experience featuring a spellbinding soundtrack by the trio of Shankar-Ehsaan-Loy.

The series presents Rajasthan in utmost grandeur on one hand and the divine talent of a musical ‘Gharana’ on the other. It stars Naseeruddin Shah, Ritwik Bhowmik, Shreya Chaudhry, Tamanna Sharma, Atul Kulkarni and Sheeba Chaddha in important roles. It is one of the best Hindi web series to watch.