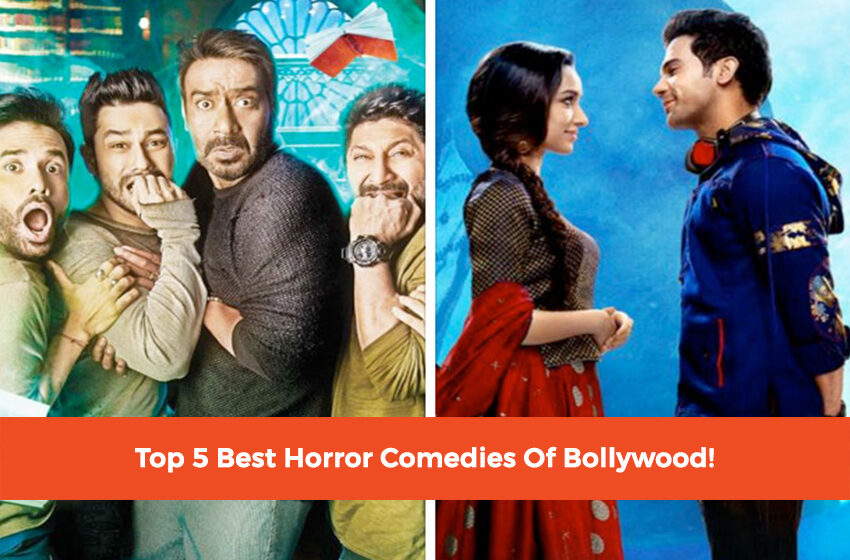 Bollywood is known for making many quality horror and comedy films. However, Horror comedy movies are a relatively new genre that Bollywood is exploring. Although most of the Bollywood horror films are unintentionally funny, Bollywood is now trying to rediscover this important genre. Since the last few years, we have seen a sudden increase in the overall number of horror comedies.

In this article, we will provide you a list of best horror comedy films that has been made in Bollywood. The list includes five of the best bollywood horror comedy movies ever.

One of the best Bollywood horror comedy movies is Stree. Amar Kaushik is the director of this movie. The film stars Shraddha Kapoor, Rajkumar Rao, Abhishek Banerjee, and Aparshakti Khurrana in lead roles. Stree was a highly successful film. The film was made on a budget of 23 crores and grossed Rs 180 crores. Shraddha Kapoor portrayed the lead role pretty well. The film also boasts a talented cast of Pankaj Tripathi, Aparshakti Kurrana and Abhishek Banerjee who made a mark with their impressive performances.

The Saif Ali Khan starrer film Go Goa Gone was Bollywood’s first attempt at a story that included zombies. In the film, Vir Das, Kunal Khemu and Anand Tiwari as three friends. They are frustrated with their mundane lives and decide to go take a trip to Goa. When they reach Goa, the friends find out about a rave party being hosted by the Russians on a private island.

Out of the blue, the island becomes affected with zombies & thus the cat-n-mouse game of survival began. The film is has plenty of funny and exciting moments. Go Goa Gone makes for an exciting two hour laughter marathon.

This comedy horror film starring Akshay Kumar was one of the biggest hits of 2007.

The films tells the story of An NRI (Shiney Ahuja) and his wife (Vidya Balan) as they decide to stay in their ancestral home. However, they are unable to pay any warning about the ghosts that may haunt them. Soon, inexplicable occurrences cause the family to call a psychiatrist (Akshay Kumar) to help solve the mystery.

The fourth installment to the highly popular film series, Golmaal Again proved to be highly successful at the box office. Just like the previous installments, Rohit Shetty is the director of the film. It starred Ajay Devgan, Arshad Warsi and Tushar Kapoor.

It tells the story of five orphan men. They return to the orphanage where they initially grew up in to attend their mentor’s funeral. However, they encounter the ghost of their childhood friend, Khushi and help her attain salvation.

With Golmaal Again, Rohit Shetty opted to try his hands in the horror comedy genre, swaying away from the out and out comedies we saw in the previous three installments. While the genre was new for Rohit Shetty, this film was just as entertaining as his previous films.

One of the most successful and unconventional film of Amitabh’s career, Bhootnath illustrates the unlikely story of a ghost and a child.

Aditya (Shah Rukh Khan) and Anjali (Juhi Chawla) move into a new house, the Nath Villa, along with their son, Banku (Aman Siddiqui). Soon Banku comes across an unfriendly ghost of the previous occupant and tries to befriend him.

The film received positive reviews from critics. The film was popular among adults and children and became a success at the box office. The performances of the main cast was also popular among audiences alike. it is regarded as one of the best bollywood horror comedy movies ever.