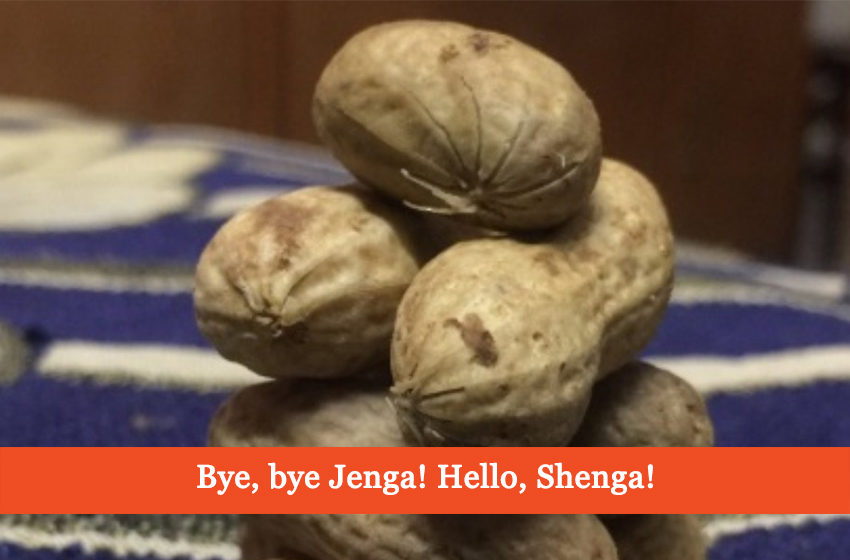 There’s no doubt that humans are fortunate enough to have a mind of themselves while desis stand apart from the rest. When it comes to elite humor and creative mindset, no one can compete with Asians and it was recently confirmed. This week, a young boy from Karnataka’s Bengaluru area has set Twitter ablaze by creating desi version of the famous board game Jenga.

A young boy from Bengaluru created a desi version of Jenga!

Normally, every house has got some board games to play in pass time in order to not get bored. Basically a family game, Jenga has 54 wooden blocks constructed tower that need to be removed one by one by each person playing. Similarly, Twitter user Ashwin Deshpande from Bengaluru made a desi version of Jenga with peanuts and called it Shenga. Apparently, the unusual creation has gone viral and Twitter is amused.

As the digital audience spares no one, the ‘low cost’ creativity was also upheld by Twitteratis hysterically. With the caption, “Just invented this new game called Shenga”, Ashwin Deshpande posted the picture. Apparently, the Indian version of Jenga called Shenga has caught many eyeballs as social media users react to the invention positively.

Twitter reacts to Shenga, the desi version of Jenga!

Since ‘jugaad’ runs into desi bloodline, they can fix anything and create everything with their talented minds. While Bollywood is busy remaking Hollywood movies in desi style, this young guy has recreated Shenga. Soon after Ashwin Deshpande revealed his esteemed creation on Twitter, users have gone crazy and the reactions are hilarious.

Woah! Now it does!

And we got a foodie here!

Brilliant. No more Jenga for me. With shenga, I can eat my game after playing with it.

Jadoo is looking for him, brother!

Don't know why I laughed so hard 😅

However, in Shenga, the same rule book is followed but instead of wooden blocks, its played with groundnuts. Eventually, desis always know how to fix their boredom and find unique ways to get entertained. Certainly, this is not the first time the masses have seen a creative implementation of a brown individual.

Apart from jokes, the young skilled young minds of today’s world often set an example for others to follow. Be it any field, today’s individual knows how to outrun others and hop onto the success train for a better tomorrow. However, Ashwin Deshpande’s exceptional creation has set a trend of Shenga instead of Jenga and desis are up to try it.

Are you willing to try Shenga? Tell us in the comments section below!