These Transgender Cab Drivers Are Providing Safety For Indian Women 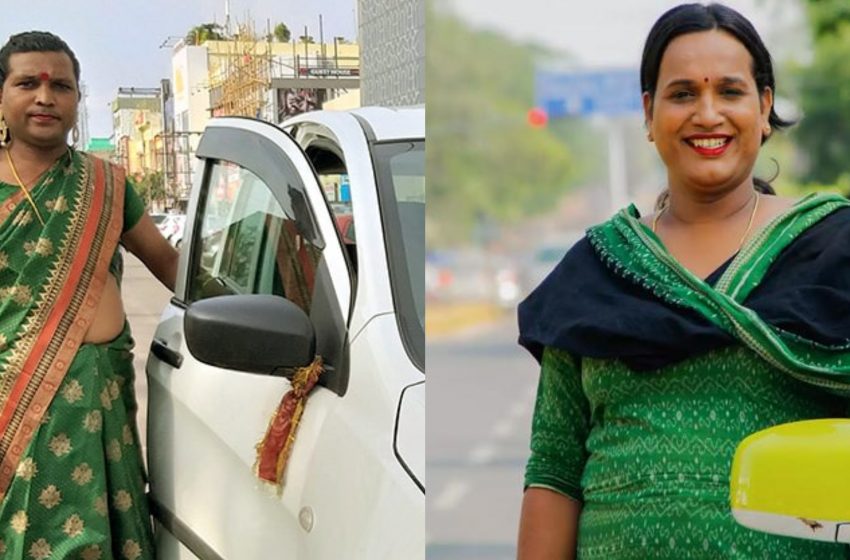 The world at large is becoming a dangerous space for women. But, India shares an extensive dark history of unspeakable violence committed against helpless women. If the nature of most of these cases is observed, one can notice a pattern. This pattern entails that they took place at the time of commute.

Most of the women face harassment, sexual abuse or worse, rape when they are traveling. Unfortunately, even little girls aren’t spared from the barbarity. This goes to show how unsafe public and even private transportation has become for the women of India.

However, unexpected saviors are changing the environment of transportation. The transgender community has stepped up to provide women with an experience that doesn’t include emotional scarring. However, the Trans community is the outcast in South Asia. They are shunned, looked down upon and taken advantage of.  But, once empowered, respected and given their due rights, these women can revolutionize aspects that one didn’t expect of them.

Both equally capable and talented have ventured into the transport business to provide women with safety, they so desperately seek. Meghna is an MBA in HR and Marketing. Moreover, she is the first transgender cab driver from Bhubaneswar. Rani, however, used to beg in trains but later became a rickshaw-driver.

Out with the male drivers and in with the transgender cabbies.

Women reportedly feel safer with transgender drivers than with males, the report suggests. In addition to this, they are the safest option for women commuting at late hours. Meghna and Rani are the epitome of women-safety, as they make women feel safe and secure.  Most importantly, they are the advocates of transgenders venturing into the transportation service. Since the employment rate of transgenders is considerably low, considering they are not accepted into many professions.

However, the times are surely changing in India and both of them are encouraging other members to consider driving as an employment option. Also, after the Supreme Court’s historic ruling of recognizing trans as a ‘third-gender’, the future for this community has started to look brighter.

Now, Rai and Meghna have become a beacon of hope for other transgenders including for women, as they create a safety net for the women on roads. Moreover, they both have achieved milestones with twice the hard work than a regular person.

Also Read: A Group Of Students Beat Up Their Female Teacher In A School In India!

Meghna made it to an Indian transportation network company. Sharing her experience, she said, “Initially, people were sceptical of a transgender driving them. But, their trust started to grow, and many of them appreciated my work. I am asked questions by most customers, who want to know more about me, my family, and my struggles (sic).” Rani, on the other hand, went on to become India’s first five-star-rated Uber driver. With much difficulty and hardships, Rani managed to buy a car of her own.

Their struggles and achievements make them the perfect leaders for other members of their community. It is evident that they have realized their impact on women-safety and hopefully, they will continue to revolutionize public-transport-safety for women of India. Kudos to them!